Ferrari Has Confirmed That Vettel Will Leave The Team At The End Of The Year – WTF1
Skip to content
×
Formula 1 , News

Vettel’s contract with the Scuderia was set to expire at the end of this season and in recent weeks discussions had taken place over an extension. However, it has been reported that while the four-time champion wanted a long-term commitment, Ferrari was only willing to sign him for an extra year, and at a reduced salary – a stark contrast to teammate Charles Leclerc, who now has a Ferrari deal that lasts until 2024.

Perhaps as a result, the decision has been made for Ferrari and Vettel to go their separate ways at the end of the year – although both parties hinted that the financial negotiations were not the only reason. Team Principal Mattia Binotto explained the decision in a statement:

“This is a decision taken jointly by ourselves and Sebastian, one which both parties feel is for the best. It was not an easy decision to reach, given Sebastian’s worth as a driver and as a person. There was no specific reason that led to this decision, apart from the common and amicable belief that the time had come to go our separate ways in order to reach our respective objectives.”

“In order to get the best possible results in this sport, it’s vital for all parties to work in perfect harmony. The team and I have realised that there is no longer a common desire to stay together beyond the end of this season. Financial matters have played no part in this joint decision. That’s not the way I think when it comes to making certain choices and it never will be.

“What’s been happening in these past few months has led many of us to reflect on what are our real priorities in life. One needs to use one’s imagination and to adopt a new approach to a situation that has changed. I myself will take the time I need to reflect on what really matters when it comes to my future.”

Vettel made the dream switch to Ferrari in 2015 as he hoped to emulate his countryman and hero, Michael Schumacher, and deliver a championship to the Scuderia. Things started out well enough in 2015 as he won races as regularly challenged the dominant Mercedes, and in 2017 he finally looked like a championship contender. His chances looked strong until that collision at the start in Singapore, followed by a surprising weakness in the reliability of his Ferrari which derailed his chances.

2018 was a similar story, except this time he only had himself to blame – crashing out of the lead in his home race in Germany was the beginning of a string of errors which once again cost him any chance of challenging Lewis Hamilton late into the season.

Those errors continued into 2019 as he now faced a new threat from within: Charles Leclerc won more races, took more pole positions and finished higher in the championship. The competition caused some friction, culminating in the two of them colliding at Interlagos, and while Vettel still produced top-drawer performances, it seemed clear which way the pendulum was swinging.

Unless the SF1000 turns out to be a mega machine and he can string everything together for the shortened 2020 season, Vettel’s dream of becoming a Ferrari champion looks to have reached an unfulfilled end.

So, who’s going to take his seat in 2021? Recent reports have suggested that Carlos Sainz could be the leading contender, with Vettel taking over the empty seat at McLaren in what would effectively be a straight swap. That’d be a decent result for Vettel – McLaren is a team on the rise and is returning to Mercedes power in 2021 – although given the choice of wording in his statement, it might not be entirely implausible that he decides to retire.

Daniel Ricciardo is also a man that has been linked with Ferrari for years, plus there are the consistent rumours that Hamilton might fancy seeing his career out in red overalls. That seems to be based more in fantasy than reality, though, so don’t get your hopes up.

One thing’s for sure, though – the decision has blown the driver market wide open. 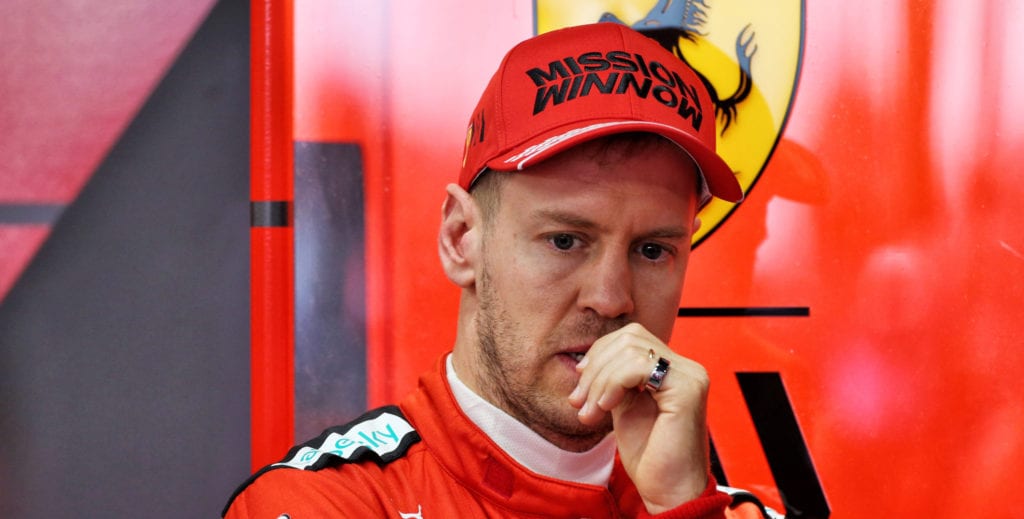