Ferrari Has Explained The Team Orders Decision In China

Leclerc may have got the jump on Vettel at the start of the race but in the early laps Vettel very much looked like the quicker driver. He couldn’t quite get close enough to pass and, with the two Mercedes’ getting away at the front, the team warned Leclerc that if he didn’t pick up the pace, he’d have to let his teammate through.

It left Leclerc a little bit frustrated after the race, saying that he’d need to check what the reasoning behind it was before making any “silly comments”. Ferrari team principal Mattia Binotto explained afterwards why the order was made. He told Sky Sports F1:

“I understand the feeling of Charles, it’s a shame for him. But at that stage of the race the Mercedes were slightly faster, I think we simply tried to give Sebastian a go and see if we could’ve kept the pace of the Mercedes, which was key at that stage of the race. It was not to give an advantage to a driver, to the other driver, merely as a team to try whatever we could. Early stage was an important moment of the race.”

“I think with an undercut [Verstappen would have passed] anyway, one of the two drivers would’ve been undercut, whoever was the driver. As team perspective, I think that wouldn’t have changed, that’s why again I think the choice was simply try everything we could at that stage.”

“I think if Charles is upset, he’s right to be upset, and we should accept it. I think it’s a shame for him, and next time maybe it will be to his advantage.”

In the press conference after the race Vettel said he was “surprised” that he couldn’t instantly start pulling away, which suggests a couple of things – the DRS was playing a big part in how close he was, and it was probably the standard F1 driver thing of the driver behind saying that he’s faster, even if he isn’t.

It makes it three out of three races in 2019 that Ferrari has had to deal with team orders, though – in Australia, Leclerc was told to back off and not attack Vettel in the closing stages, while in Bahrain he was told to sit behind Vettel for two laps (which he duly ignored given how much faster he was capable of going), and then of course there was the order to let Vettel ahead here.

You don’t tend to see other top teams having all these small issues with team orders – but then again, chances are you just hear more about Ferrari’s because… well, it’s Ferrari. This is the first season in a long time that the team has had to deal with two seemingly evenly-matched drivers – it’s a weird thing to suggest of the sport’s longest-running team, but could it be down to a bit of inexperience in managing these situations? 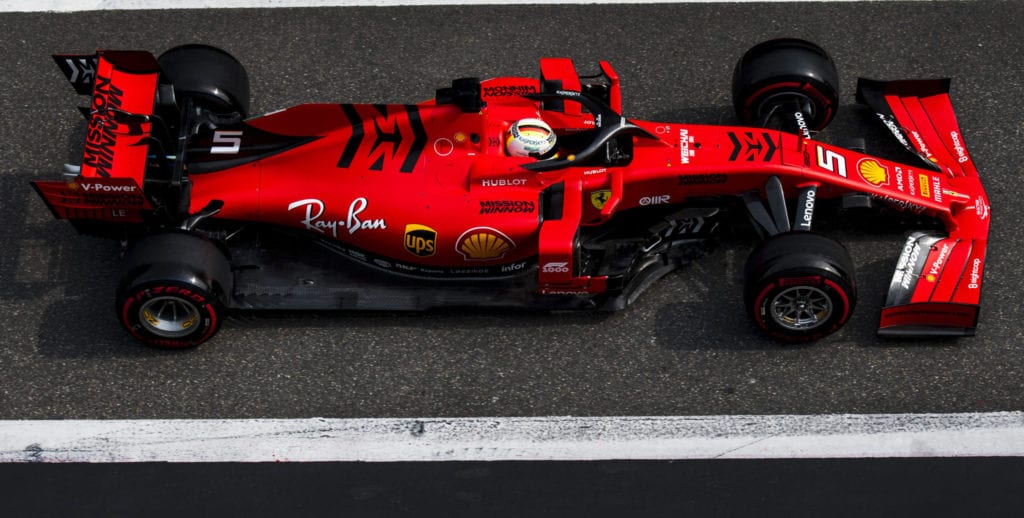