Ferrari Is Continuing Its Appeal Over Vettel’s Canadian GP Penalty

Ferrari had said last week that it would not go through the formal Court of Appeal, most likely due to the infinitesimally small chance of the decision being overturned – in-race sanctions will not be discussed at that level. But, there was another window of opportunity that presented itself soon after through the Internarional Sporting Code and the ‘Right to Review’ ruling.

This gave Ferrari 14 days from the race classification (or this Sunday evening on UK time) to gather and present any fresh evidence to the FIA that was not available at the time of the penalty decision. It is a possibility that the same stewarding panel will review the penalty again over the upcoming French Grand Prix weekend, but, if needs be, a new panel will be collated – something that Mercedes could take issue with…

The Scuderia is, of course, adamant that Vettel was not guilty of rejoining the track in an unsafe manner after sliding off the road at Turn 3, and that he did not unfairly and deliberately impede the chasing Lewis Hamilton’s progress. Whether the team has sufficient evidence to trigger a change of heart from the stewards is another matter, but it all adds to the whole sorry mess – around eight days on from the initial incident. 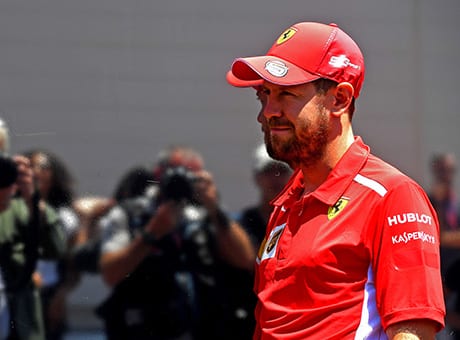