Ferrari Is Glad That Vettel And Leclerc Crashed Into Each Other In Brazil – WTF1
Skip to content
×
Formula 1 , News

The battle between Vettel and Leclerc at Ferrari ramped up all year, from the team orders shenanigans in the early races to Leclerc getting the team’s first wins, and from Leclerc choosing to ignore team tactics in qualifying at Monza to Vettel returning the favour in Sochi.

The balance of power between the two shifted around quite a bit during the season and so when they went wheel to wheel in the closing stages of the race at Interlagos, a collision was kind of inevitable. Both drivers were put out of the race and although neither were penalised, the general view was that Vettel was mostly to blame for moving across on his teammate – although Leclerc was also criticised for steadfastly holding his line instead of giving Vettel a bit more space.

It was unfortunate that the slightest bit of contact caused both cars to retire, but the fact is that the drivers had cost the team a podium. In some previous eras of Ferrari management that might have resulted in a rather strong public dressing down, but not this time. Instead, Ferrari boss Louis Camilleri seems glad that things reached such a low point so that the air could be cleared and things can hopefully move on for next year. As quoted by Autosport during a media event:

“You should know that behind closed doors they actually get on very well. There’s great respect between them, they joke together, and there’s quite a great relationship. Clearly, they’re both very competitive. And Brazil was a nightmare.

“However, now the air has been cleared. And I think you sometimes need a crisis to put the goalposts in the appropriate place. I think they both realised that Ferrari was the big [one to] suffer in this collision that they created. And I actually think going forward, it gives Mattia [Binotto] a much better way of managing them, and also renders them significantly more receptive because they realise how they screwed up.”

It’s a fair point – and not only is it good for the drivers, but it’s good for the team. Ferrari doesn’t exactly have a lot of experience in managing two top drivers, so being able to go through the whole range of positives and negatives that brings in one season should make 2020 a bit easier to deal with, which in turn should ease some of the pressure on the drivers.

Of course, all of this sounds great in theory. If Ferrari rocks up next year with a dominant car (hey, don’t laugh, it could happen) and it becomes clear that the driver of a red car will win the championship, then everything goes out the window and the gloves will come off. In fact, even if Ferrari isn’t dominant, it wouldn’t be surprising if that happens anyway. Rivalries don’t just disappear overnight… 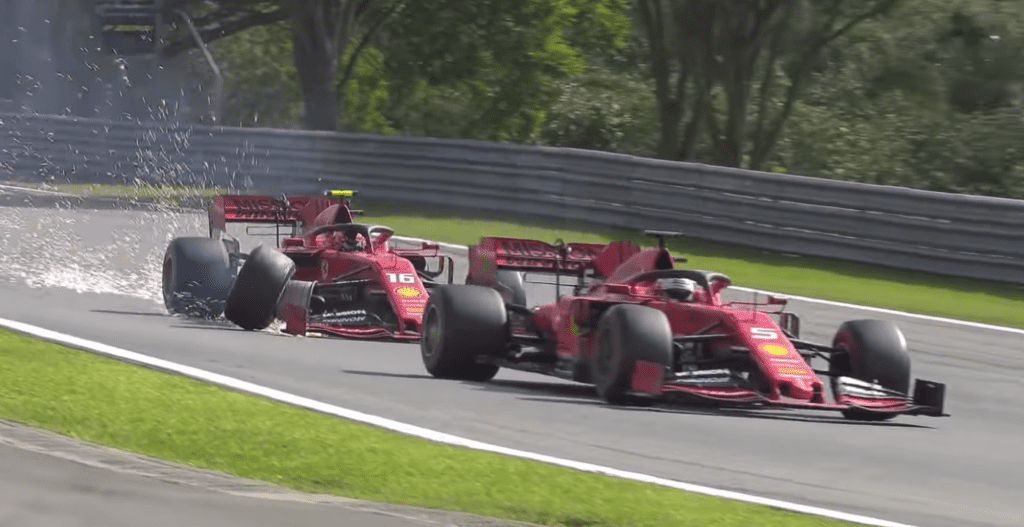