We’re overdue for this, aren’t we? It’s been a couple of years since the last time Ferrari threatened to leave Formula 1 over future rule changes and now they’ve done it again… or have they? We’ll get to that in a minute.

The sticking point this time is over the introduction of the budget cap. Initially agreed to be $175 million in 2021, the current global situation has prompted the sport to consider lowering it to $145 million next year, and then $130 million the year after that. It’s a significant reduction for the bigger teams such as Ferrari and would require making a lot of cuts to its operations. Team principal Binotto told The Guardian:

“The $145m level is already a new and demanding request compared to what was set out last June. It cannot be attained without further significant sacrifices, especially in terms of our human resources. If it was to get even lower, we would not want to be put in a position of having to look at other further options for deploying our racing DNA.”

Now, that sounds very much like a threat to leave if it doesn’t agree with the implementation of the budget cup, doesn’t it? You can see why it was initially reported at a quit threat, especially as Binotto followed it up by saying this…

“F1 has to be the pinnacle of motor sport in terms of technology and performance. It must be attractive for the car manufacturers and the sponsors who want to be linked to this most prestigious category. If we restrict costs excessively then we run the risk of reducing the level considerably, bringing it ever closer to the lower formulae.”

…which sounds very similar to something the late Sergio Marchionne said a few years ago about the dumbing down of the sport in a previous quit threat.

However, Ferrari then issued a statement clarifying what Binotto meant – and that it wasn’t about leaving F1:

“We would like to clarify what Mattia said in his interview with The Guardian published yesterday night. He never mentioned about Scuderia Ferrari quitting F1, on the contrary, he said that we would not want to be put in a position of having to look at further options, besides continuing racing in F1, for deploying our racing DNA, in case the budget cap would be even more drastically reduced, putting at risk hundreds of workplaces. The misunderstanding was raised by the misleading headline of the article which was published at first and was immediately corrected.”

It’s true that “we would not want to be put in a position of having to look at other further options for deploying our racing DNA” is not an explicit threat to quit – but it seems very much like it’s in the same ballpark.

The other way to read it is that Ferrari doesn’t want to allocate the resources it can no longer use for F1 by creating factory race teams in other championships – think along the lines of Formula E or WEC. If that’s the case, then Binotto has a point – not only would racing in multiple series likely increase Ferrari’s overall costs, but divert attention and focus away from F1, where success would understandably remain the Scuderia’s main goal. After all, that’s one of the main reasons why Enzo Ferrari wound up the factory sportscar efforts in the early 1970s.

(Update: Ferrari has since confirmed to The Race that it would indeed look at other series should the budget cap become too harsh.)

The alternative to creating more teams would be having to lay off significant numbers of staff, which is never a good thing to have to do – especially given the circumstances and likely aftereffects of a global pandemic.

Although it may sound like Ferrari kicking its toys out of the pram to try and get its way, on this occasion the team’s concerns are with good reason. F1 doesn’t know how things are going to turn out this year yet, so planning to make further alterations to something that requires a long lead time – like a budget cap for which the big teams will have to make some sizeable changes – probably isn’t the best thing to do.
Binotto added that there are other options that the sport could take to help the smaller teams, such as customer cars – an idea that has also been suggested by Red Bull:

“If the current emergency really put the existence of some of our competitors in this sport in doubt and made it necessary to revise certain cornerstones, then Ferrari would be open to [customer cars]. It’s not even sacrilegious, given it’s happened before in F1 and happens today in series such as MotoGP.”

So, to sum up, in this instance Ferrari hasn’t threatened to quit F1 over the budget cap proposals, but it doesn’t want them to happen because it would put Ferrari’s racing operations in a very difficult position.

And what happens when Ferrari gets unhappy about the way future F1 rules will affect it? That probably makes this not a quit threat, but a quit threat-threat. Hmmm… 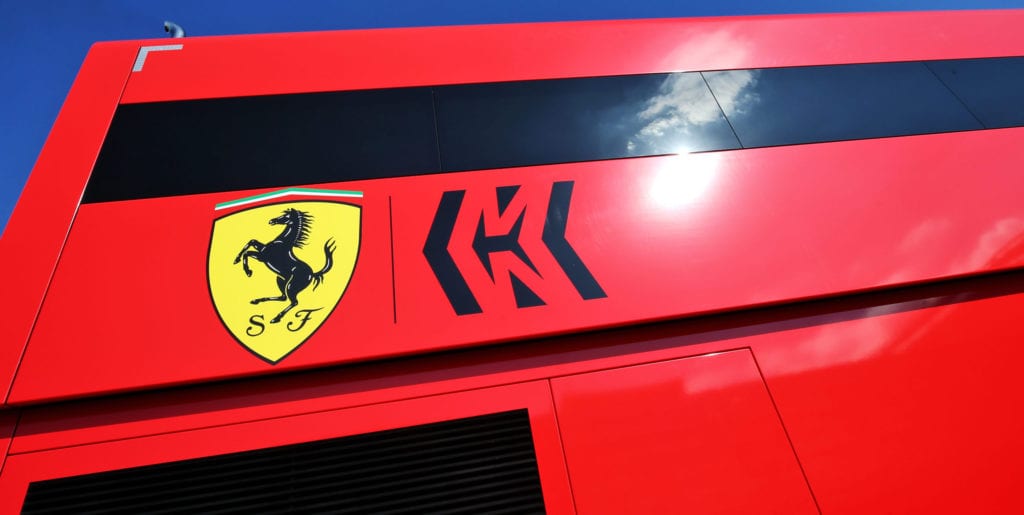