Ferrari’s Crazy Halo Mirrors Have Been Banned For The Next Race – WTF1
Skip to content
×
Formula 1 , News

A couple of weeks ago the FIA told teams they’d be allowed to mount their mirrors to the Halo. You wondered whether any teams would bother, but at the Spanish GP Ferrari turned up with a pretty interesting solution. Not only did the mirrors dangle from the Halo, but also grew a couple of sizeable winglets.

Naturally they drew quite a bit of interest, with Charlie Whiting poking around the car in the garage and taking pictures as the legality was questioned.

Now, according to AMuS, Ferrari’s mirrors have been banned for the next race in Monaco. The team is allowed to run them for the rest of this weekend in Spain, though, because it’s too difficult to make the change at such short notice.

It’s not the fact the mirrors are mounted to the Halo which has caused the ban (that’d be a bit silly, given the clarification!) but more the fact that Ferrari has been a bit cheeky and gone wild in turning them into a whole new aero device. Ferrari argued that the mirrors were moved simply to improve visibility and that the winglets are only there to stabilise them, not to provide an aerodynamic benefit, which of course the FIA didn’t buy.

It’ll be interesting to see if Ferrari keeps them stuck to the Halo or just goes back to putting them in the standard position. Apparently other teams are looking to mount them on the Halo, so there’s clearly a benefit to be had – but thanks to Ferrari, at least everyone now knows where the limit is. 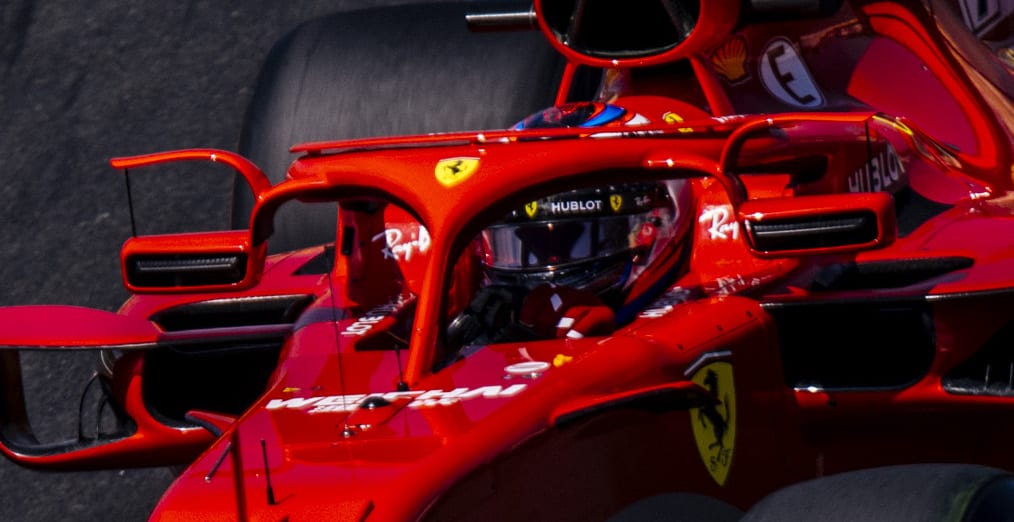