Ferrari’s New Livery Is Matte Red And Black And We Absolutely Love It – WTF1
Skip to content
×
Formula 1 , News

There’s never really much to get excited about with a Ferrari livery. It’ll be red with varying degrees of white – iconic but unremarkable, bish bash bosh, job done.

But this year’s Ferrari has very little white. Instead, the bits you’d normally expect to be white – in the case the Mission Winnow logos – are black (OK they’re more of a dark grey), as are the upper elements of the front wing. Also, it’s matte red.

This makes us think of the Ferraris of the 1980s and early 1990s, which also largely had black accents instead of white. All it needs now are gold rims and some yellow flashes on the front wing and we’ll be in full-on Jean Alesi throwback mode.

Either way, we’re loving it. As for the car itself (which is called the SF90 to celebrate 90 years of Ferrari) it looks pretty basic – again, it’s probably because the team doesn’t want to reveal everything until testing next week. 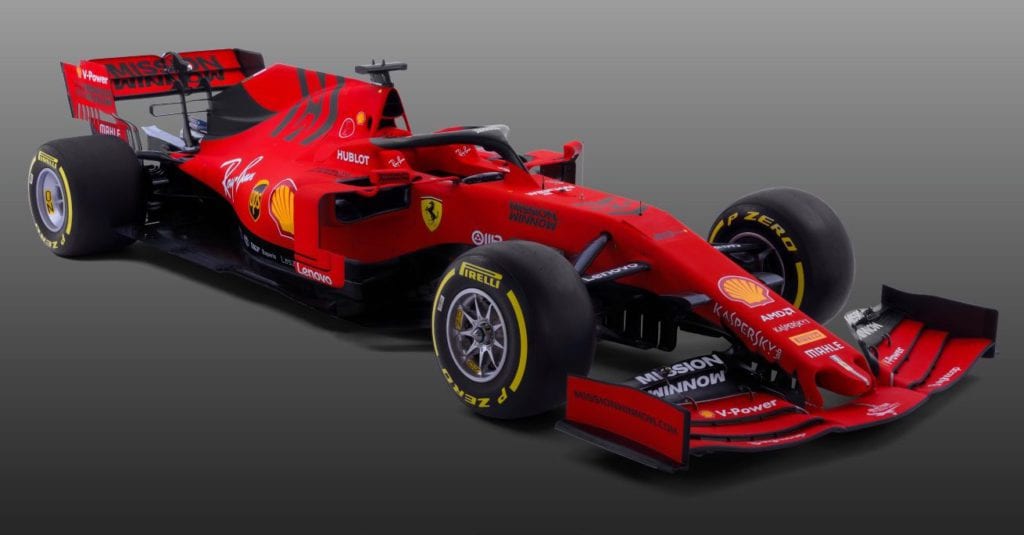