FIA’s Masi Explains Why A Marshal Ran Across The Track During Bahrain GP – WTF1
Skip to content
×
Formula 1 , News
2 comments

There was another near-miss at the Bahrain Grand Prix this weekend, as Lando Norris narrowly avoided contact with a marshal who broke protocol crossing the track to extinguish a fire on Sergio Perez’s car.

“There’s a guy fucking running across the track,” Norris told his team on the radio during the final laps of the Bahrain Grand Prix.

The marshal, who disobeyed the clear instructions from the FIA to never cross the track during a race, carried over a fire extinguisher to help put out the fire caused by an engine malfunction.

Lando Norris, who was just a few hundred meters from the marshal when they decided to cross the track explained to the media after the race it was “the last thing [he] was expecting”.

“It was a double yellow and I was going slow enough because there was no point in risking anything at all.

“It wasn’t the most visible guy because at that point I’m looking at the sky, he’s wearing pretty much black or dark blue and it wasn’t that easy to see. All I kind of saw was a bouncing extinguisher.”

The F1 Race Director Michael Masi has since spoken to RaceFans.net about how the marshal did not get permission from Race Control to cross the track but instead reacted on “instinct”.

Masi suggested that the marshal might have reacted in such a way because of the crash involving Romain Grosjean during the first lap of the race.

“There was obviously another fire with Sergio Perez’s car and a fire marshal reacted on his instinct without any instruction and just saw fire. I would have said, particularly under the circumstances of what happened earlier, the priority was to put the fire out.”

He did emphasise the clear instructions that the FIA give all marshals before an event, confirming that they “already debriefed about it immediately and will remind everyone you shouldn’t cross the track.”

F1 will race again in Bahrain this weekend, instead opting for the ‘oval’ outer circuit. Marshals will be reminded again ahead of the Sakhir Grand Prix of their roles, rules and responsibilities.

“I think in the circumstances, is it great? No, it’s not. But, he sees a fire and he goes to put it out. I don’t think we can castrate anyone, so to speak, for wanting to go and put a fire out, particularly after what we saw earlier and the enormity of the fire.” 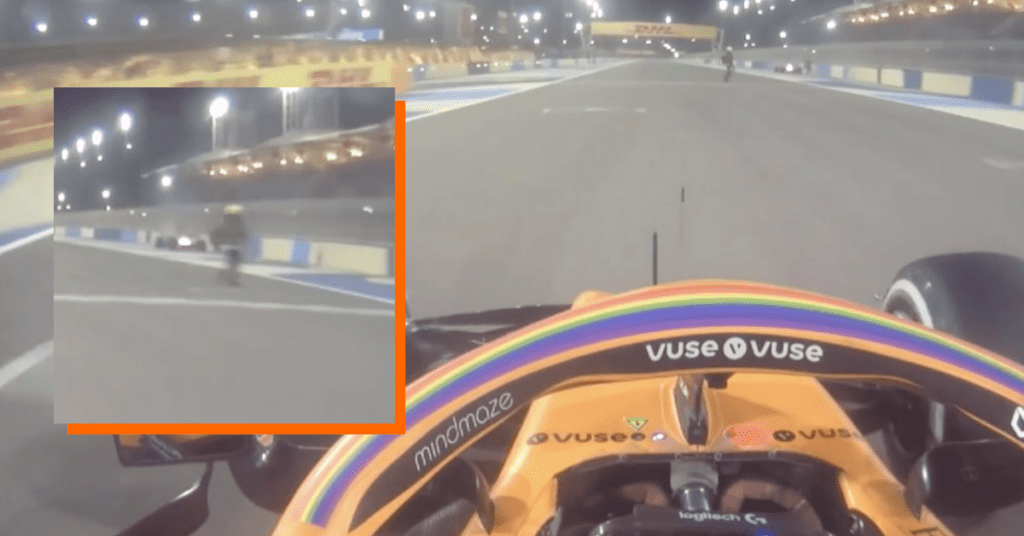