Fight Breaks Out After Nascar Race Because Of Course It Did – WTF1
Skip to content
×
Nascar , WTF

Fight Breaks Out After Nascar Race Because Of Course It Did

We’re used to seeing fights breaking out after intense Nascar Cup races but with the season only just beginning, we haven’t seen one in a little while.

That stopped with the Nascar Cup series’ visit to Las Vegas on Sunday when Kyle Busch and Joey Logano got caught up in an out-of-car battle.

On the last lap, Busch and Logano made brief contact before Logano then lost the rear of his car down the bottom of the track and pitched Busch into a spin while they battled at the front.

It cost both drivers a big result, although Logano finished fourth, and Busch was clearly fuming. After the dust had settled on Martin Truex Jr’s win, Busch looked like he was going over to talk to Logano

However, instead he threw a punch and a brawl erupted between the two drivers’ crews, as officials tried to separate them. It turned nasty and Busch emerged with blood on his face.

Nascar officials are set to review footage of the fight to decide what action should be taken. 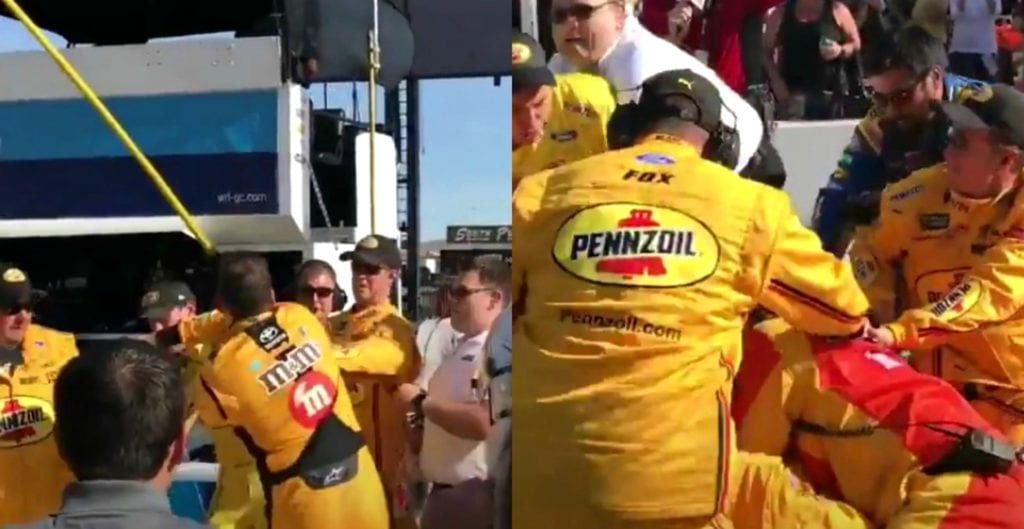