Fittipaldi’s Grandson Will Race An LMP1 Car This Year

Pietro Fittipaldi won the last-ever Formula V8 championship last year and although he’s not really been in the frame for an F1 drive, his 2018 is shaping up pretty nicely.

He’ll be following in grandfather Emerson’s footsteps by racing in IndyCar this season, where he’s doing a handful of races including the Indy 500. Now it’s been announced that the 21-year-old will be racing an LMP1 car in the WEC, too. He’ll be driving a Dallara BR1 for the DragonSpeed team alongside Ben Hanley and Henrik Hedman at two races – Spa and Fuji. That’s because the team’s regular driver Renger van der Zande has clashing commitments in IMSA on those weekends and those have to take priority. It would have only been one clash, but, y’know, Fernando Alonso…

Fittipaldi has already driven an LMP1 car. He impressed when he tested the Porsche 919 in Bahrain last year as part of his prize for winning the Formula V8 title.

Just as with IndyCar, he’s also following in his grandfather’s footsteps by racing in the WEC. Emerson’s last drive there wasn’t as long ago as you might think, though – he drove a Ferrari 458 in Interlagos in 2014 at the age of 67! 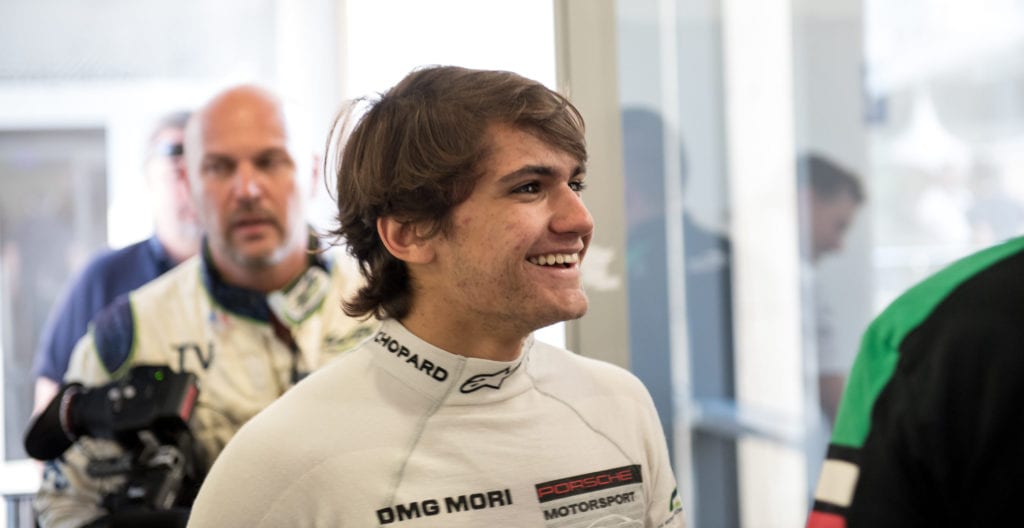