Without doubt one of the standout teams of 2017. Arguably, an example to the rest of the paddock considering their budget against their results. Sergio Perez and Esteban Ocon had many standout drives last season, but the car was one of the most underwhelming at launch, and didn’t get going until big upgrades arrived for Catalunya.

Checo’s podium in Baku has uplifted the team in both morale and the Constructors punch packing department (not a real F1 team department), and team boss Vijay Mallya believes that Force India can manufacture some of those Spanish GP 2017 turnaround feels for this season too.

“The podium has given us a huge boost and is just the result we needed. It helps us forget about the bad luck and missed opportunities from the first few races,” Mallya states in Force India’s Official weekend preview.

“Our speed in Baku confirms we are moving in the right direction.

“We understand the car more and we are taking steps forward at each race. With the podium it feels as though our season is up and running.

“We now have some momentum behind us. Let’s see what we can do in Barcelona where we will have more new parts to try on the car.”

Force India’s issues at the start of this season were also present in 2017, with correlation issues between wind tunnel and track conditions skewing how some aspects of the car behaved and essentially rendering results and data useless.

An early podium will certainly boost Force India’s ambitions this season when it was starting to look a bit grim, and they will be desperate to see the upgrades working this weekend in a fashion similar to last year. Right now, they’re on the fringes of the fight for fourth, and it would be foolish to write them off. 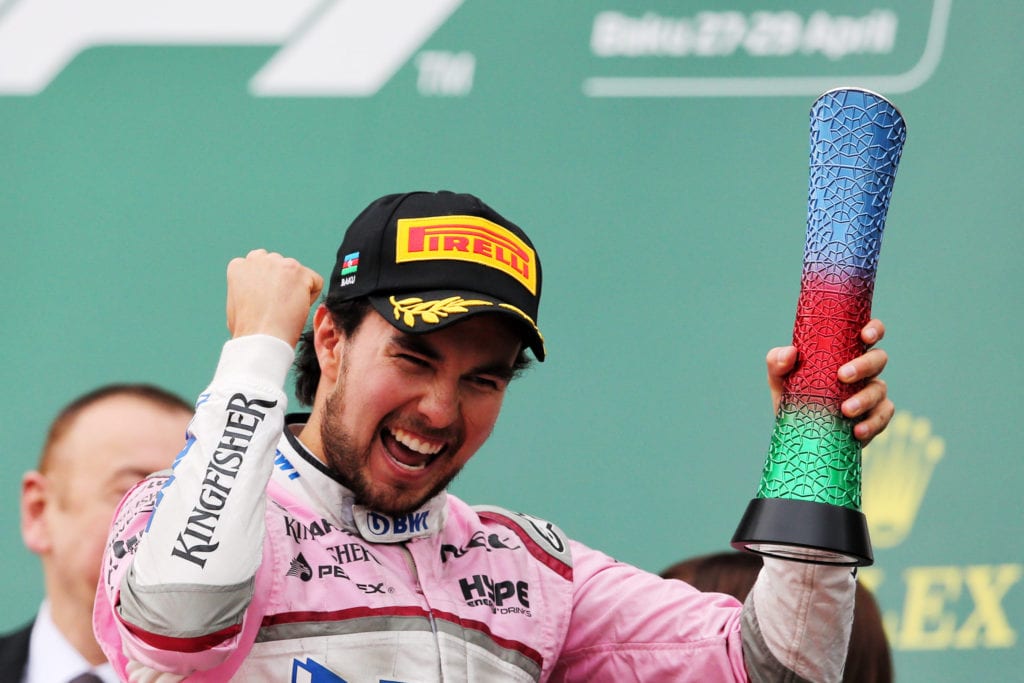