Force India Completes The 2018 Grid With The VJM11

Force India has become the 10th and final team to show off its contender for this year with the VJM11.

The car was launched in Barcelona ahead of the first day of pre-season testing at the Circuit de Catalunya.

Force India has been able to punch above well above its weight for the past couple of seasons, finishing a remarkable fourth in the constructors’ title for the last two years on the bounce. Will this be good enough to repeat the feat for a third time in what is set to be an increasingly tight midfield battle?

So, that’s all the launches out of the way. This time next month we’ll have some idea of the pecking order following the Australian Grand Prix but in the meantime, there’s the small matter of pre-season testing to get through. Let the speculation begin! 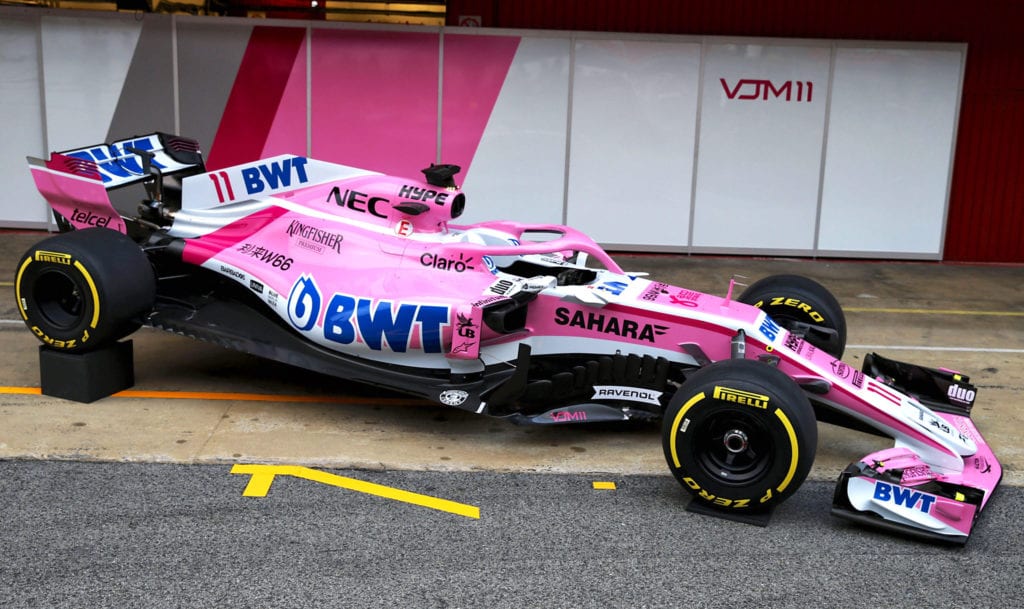