Force India attempted to get a jump on the competition at the Sochi Autodrom and ditch its shark fin ahead of the 2018 ban.

Well, that, or someone didn’t fasten some bolts tight enough, or there was a malfunction, because engine covers shouldn’t fly off mid-way through a F1 practice session.

Ocon was driving down the long straight to the slow Turn 2 when his engine cover and shark fin flew up into the air and landed in the middle of the track.

The red flags came out to retrieve the debris, with Ocon returning to the pits showing the naked Mercedes power unit in all its glory.

Not the best of starts to the Russian GP for Force India but hopefully this is just a random incident, we don’t want shark fins flying off all over the place. 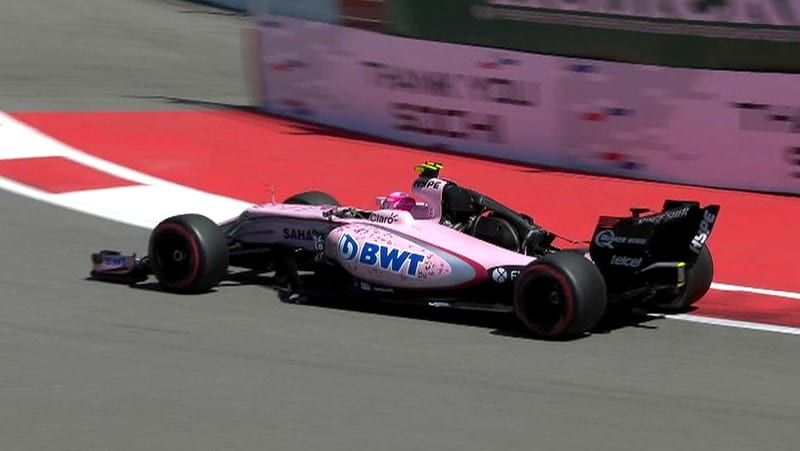