We’ve heard it so many times before, but the number one rule for team-mates is to not collide with each other. And that happened twice in one race for Force India.

Sergio Perez and Esteban Ocon were in a three-wide fight with Nico Hulkenberg on the opening lap of the Belgian Grand Prix, on the run down to Eau Rouge.

Perez appeared to move to the right and squeezed Ocon between his car and the wall, but both managed to survive the scrape without damage.

Then, on lap 30, Ocon tried a move on Perez at the exit of the first corner and they ran side-by-side again on the run to Eau Rouge. But, they weren’t so lucky this time round.

Just as Ocon was backing out, Perez moved across and the two clashed, with Perez picking up a puncture and falling to the back of the pack and Ocon having to pit for a new front wing.

Considering the fact Force India’s drivers have crashed numerous times before so far this season, this seems to have been the last straw for the team.

“I only saw what you saw [on TV], but it looked like Sergio squeezed Esteban into the wall and came out the loser of that scrap. In the future they’ll never have that opportunity again. We’ve let them race up until now. If they can’t do it in a manner which is good for the team, then they won’t be racing anymore.

“They shouldn’t be coming together. We’ve given them the latitude to race and I’ve always said that. We’ve told them if it happens again, if a Baku-type incident happens again, then we’ll be calling the race from the pitwall in the future. If we stay fourth it will cost us nothing, but it’s definitely cost us points.”

Szafnauer agreed that fans want to see them racing freely, but admitted when it comes down to safety, damaging the cars and costing points, the team has to take the situation into its own hands. 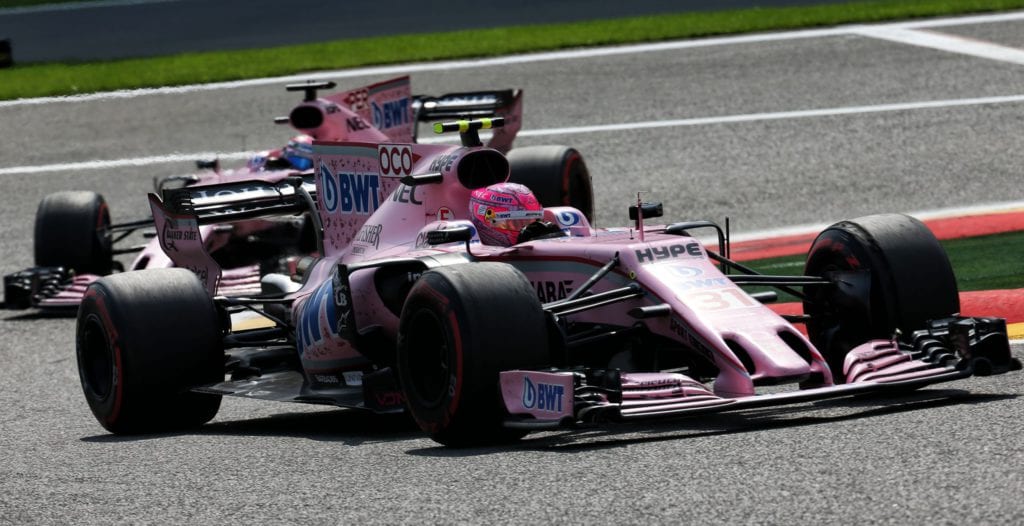