After Sergio Perez qualified in seventh and Esteban Ocon lined up ninth on the grid for the Singapore Grand Prix, Force India was poised for another double points finish at a time in which the team are desperately trying to make up for having their points reset in the constructors’ standings.

Regardless of appropriating blame on the lap one crash that followed, a collision between teammates is always considered unacceptable in racing, and Force India’s Singapore GP was over before it had begun.

Team Principal Otmar Szafnauer had warned his drivers not to collide when they started high up the order at the Belgian Grand Prix, emphasising how critical points-scoring would be for the “new” entrant in the closing stages of this season.

Szafnauer was left wondering if he should have warned them again here, and told Autosport that,

“I didn’t remind them here, maybe I should have done. But they know it now, and again they’re not going to race anymore if they can’t do it. There wasn’t any room, Checo should have given him room, and Checo had plenty of room.

Esteban put himself in a position where if Checo moved over, he couldn’t do anything about it.
But your team-mate shouldn’t do that to you. If it’s another car, then you shouldn’t have put yourself there. But if it’s your team-mate, you’ve got to have that respect.

It’s just a matter of fact, it is what it is. And next race we’ll tell them the rules, and it won’t happen again, it’s that simple.”

These team orders have been used before at Force India after a similar lap one collision at Baku in 2017, Perez and Ocon a clear proneness to colliding with each other.

Szafnauer accredited Sergio Perez with the blame for this incident, who also conceded fault himself. Force India currently sits seventh in the constructors’, with a gap of 26-points to make up if they hope to catch McLaren in sixth. 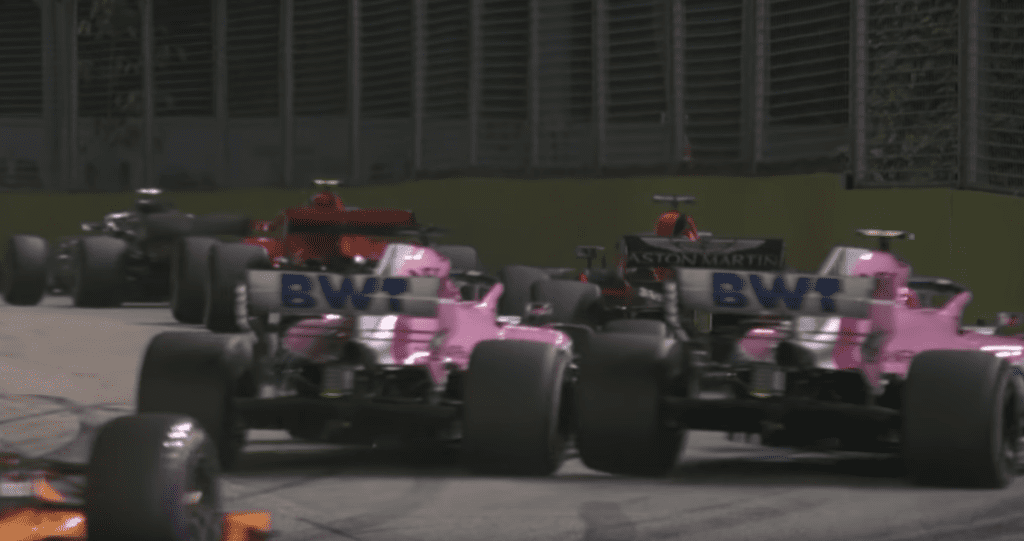