Force India Has Been Given A Fine Over Its Car Numbers – WTF1
Skip to content
×
Formula 1 , News

Force India Has Been Given A Fine Over Its Car Numbers

For the Spanish Grand Prix new rules were introduced which forced teams to display car numbers and driver names much more prominently so that fans can identify drivers much more easily.

On Thursday many teams rolled out their new designs and the bigger and better numbers were shared on social media around the world, but apparently the FIA has only just realised that Force India’s alterations don’t meet the criteria. If only there were more sessions during the weekend where they could have noticed it…

Force India finished a brilliant fourth and fifth in the Spanish Grand Prix so news that they were being summoned to the stewards after the race would have generated some minor concern. Thankfully a degree of common sense prevailed and the team has been hit with a $25,000 fine, suspended for 12 months, and has been ordered to correct the numbers for the next race in Monaco, as well as adding the driver names to the side of the car.

Unlike many teams which have put the numbers on the shark fin and the front of the nose, those places on the Force India are devoted to sponsor logos, which as Andy Blackmore explained on Twitter were locations arranged well ahead of the new ruling and can’t easily be moved to make way for the numbers.

The FIA (who amusingly got Esteban Ocon’s number wrong on the official documents) said the fine had been suspended thanks to ‘mitigating circumstances’ – mainly that they weren’t challenged about the numbers during the weekend, and also that they’d agreed to work with the FIA ahead of the next race to solve the problem.

Did the bigger numbers make it easier for you to identify cars this weekend? Let us know in the comments! 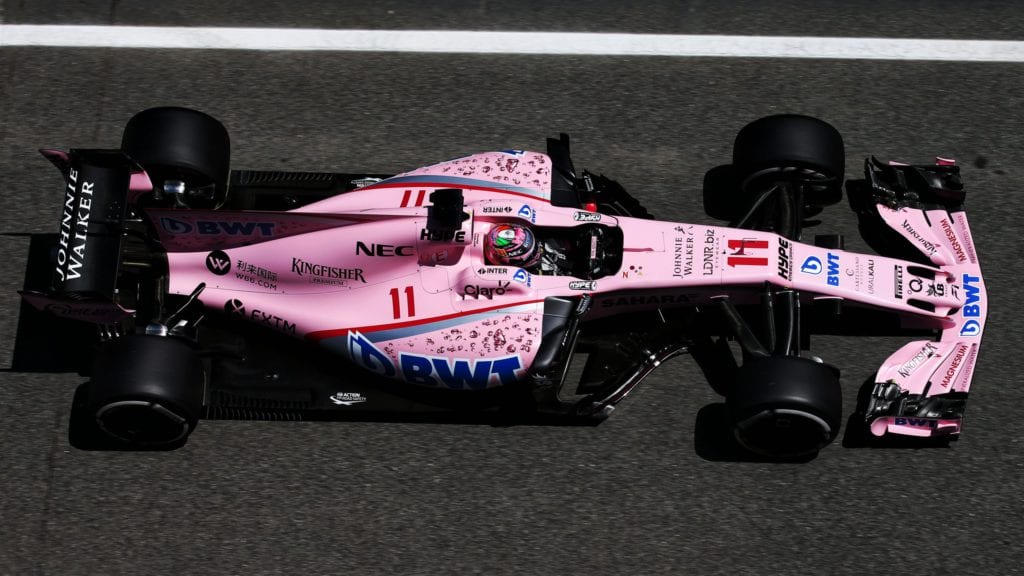