Force India Is Now Sponsored By A Flip-Flop Company Too – WTF1
Skip to content
×
Formula 1 , News

Force India Is Now Sponsored By A Flip-Flop Company Too

The Halo bears more than a passing resemblance to a flop-flop, so obviously there have been plenty of jokes about it. Teams seem keen to embrace it, however – first McLaren announced a sponsorship deal with a flip-flop brand, and now Force India has too.

The pink cars will feature the logo of Brazilian brand Havaianas, the world’s largest manufacturer of flip-flops, at a few races throughout the year, kicking off with this weekend’s race in Melbourne.

Best of all, the decision for Havaianas to sponsor Force India seems to have been actively inspired by the memes that were doing the rounds online. The CEO of Alpargatas (the company that owns the Havaianas brand) said:

“Over the last few months we have seen more and more people associating our flips-flops with the new halo across social media. Together with Force India we have come up with an eye-catching design on the car’s halo, which was the logical place to locate our flip-flop strap.”

There you have it – the fact that memes are inspiring sponsorship deals might be the most 2018 thing ever. It’s cool to see the sport embracing it, though, and the real question now is how long will it be before every team on the grid has its Halo sponsored by a flip-flop company? 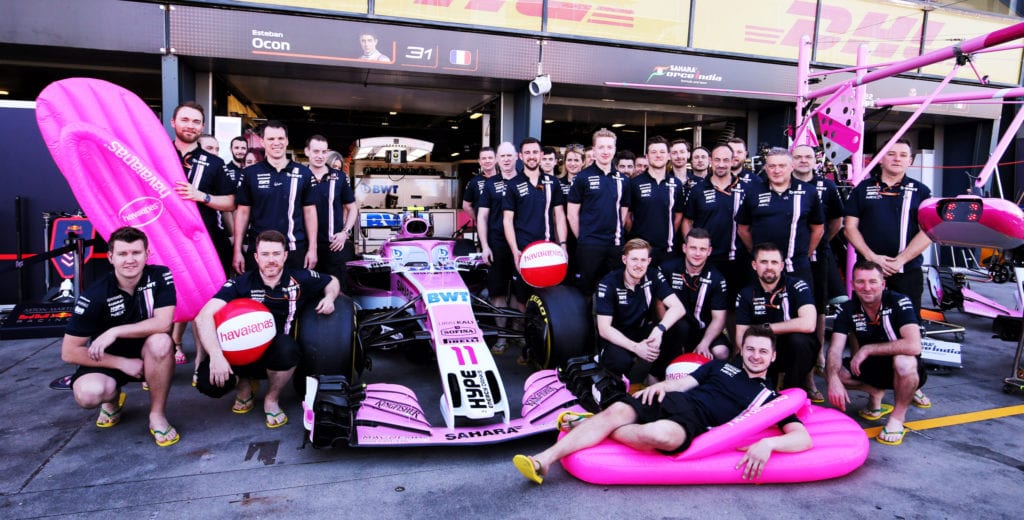