Force India Is Thinking About Changing Its Name

In order to make it more attractive to international sponsors, Force India is thinking about rebranding itself with an all-new name.

The Silverstone-based outfit went through three names in quick succession, going from Jordan to Midland and Spyker, before it was bought by Mallya and transformed into Force India in 2008.

Since then, it has gone from running at the back of the pack to one of the leading midfield teams. Force India is currently fourth in the 2017 F1 standings, the same position it finished in last year.

The team has recently added a flurry of new sponsors, including BWT (hence the pink livery), but hasn’t quite been as successful with Indian companies.

So, in order to appeal to more international sponsors, a name change is a possibility according to Mallya.

“There are some people who believe the current name Force India is restrictive psychologically. I’m considering along with the other shareholders what steps to take but it’s a major decision and one that is not going to be taken in a hurry without due consideration.”

“More importantly, we have to look at the way the F1 scenario is unfolding under Liberty ownership. If they follow the NFL model, then of course the name becomes even more important because it’s a franchise model where the focus is on the name. But the current pattern may continue. These are all issues I’ll consider with the other shareholders before arriving at any final conclusion.”

What would you like Force India to be called? Leave your suggestions in the comments! 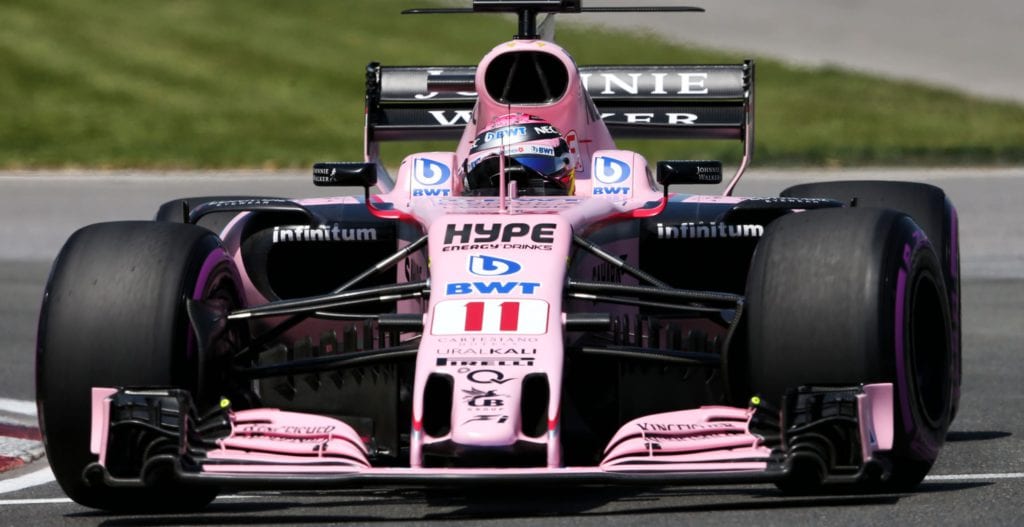