Will it be Force One, Pinker Panthers or Ocon’t Believe He’s Taken Out Perez Ltd? Nobody knows as of yet, but the pink-liveried F1 team have revealed that it is likely that there will be name change before lights out in Melbourne.

According to chief operating officer Otmar Szafnauer, who spoke whilst wearing an interim team shirt whilst this transition is made, Force India might be a name for the history books by the time the season starts.

“This is an interim shirt, and we’ll get the real ones for the first race – a little bit like the car,” said Szafnauer.

“We haven’t quite decided (the name) yet, and it also needs to go through the formal approval process, and we haven’t done that yet.

“We’ll see. There’s a probability that it will change by the first race.”

Sergio Perez and Esteban Ocon are yet to feature in the VJM11 with Russian F3 driver Nikita Mazepin at the wheel for the Monday morning test session.
He completed 22 laps and set the slowest, if somewhat irrelevant time. There is more BWT sponsorship on the car this season, which leaves us wondering whether this will be influential in any upcoming team name changes. 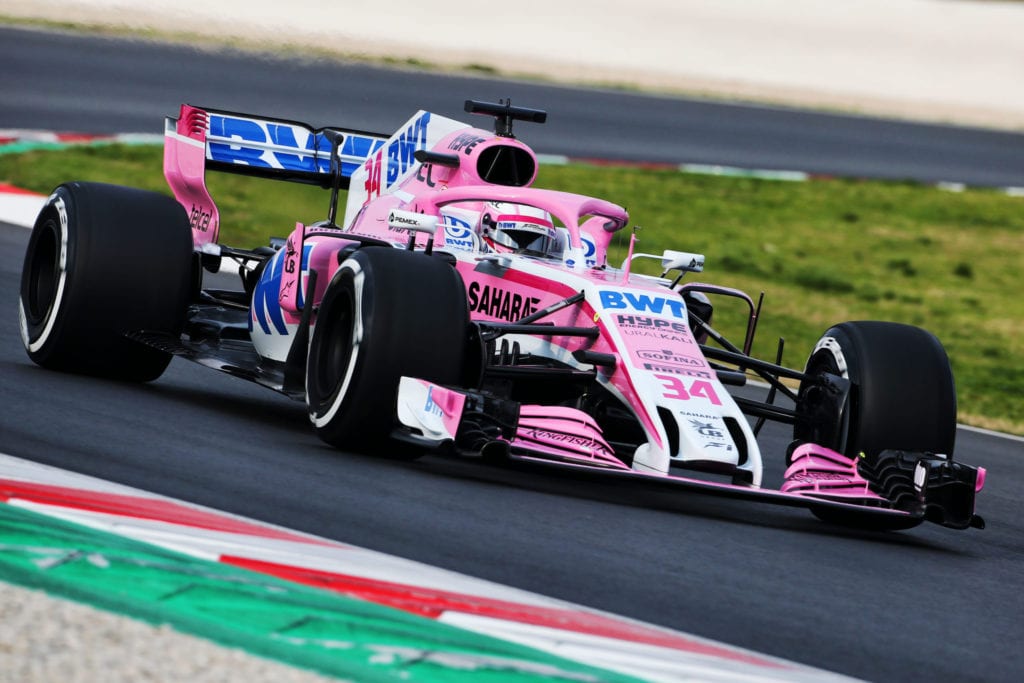