Racing Point Force India will officially make its Formula 1 debut this weekend, the new entry will be starting without any championship points, bringing a real sense of urgency to the efforts of Perez and Ocon for the remainder of the 2018 season. The team will be hoping to at least reclaim sixth in the Constructors’ standings to make up for the prize money it lost through the administration process.

Otmar Szafnauer has been promoted to the role of team principal with immediate effect, and the news completely confirms Force India’s survival. Szafnauer placed emphasis on thanking the personnel within the team for their patience in what must have been a really tense, difficult summer break.

“As we return from the summer break and prepare for the upcoming Belgian Grand Prix, I want to thank all the staff for their resolve and loyalty during the period of transition. Now that we are under new ownership and the future of the team is secure, we can focus on doing what we do best – going racing. We have a great management team in place and this stability will be extremely valuable as we begin the new era. I would like to thank Bob Fernley for his contribution to the success of this team over the last ten years and recognise the support of the previous shareholders for making Force India what it is today.”

Lawrence Stroll also had nothing but praise for Racing Point Force India, and is clearly aware of their appetite for not only being competitive, but punching well above their weight in recent years.

“On Monday I stood in front of the workforce at Silverstone and Brackley and applauded the achievements of this team in recent years. The strength of any company is the people that make it up and it’s a huge privilege to begin this exciting new journey with such a talented group of men and women. I’ve been fortunate to establish and grow a number of successful businesses, but the opportunity to take this team forward to the next level is perhaps the most exciting challenge yet. Together with my fellow shareholders, we will invest in new resources and bring fresh energy to empower the workforce to continue racing at the very highest level. We are all passionate about motor racing; we recognise the racers’ spirit in Force India, and we are extremely motivated to make this team even more special in the years ahead.”

It’s a genuinely positive outcome, especially in the context of the Belgian Grand Prix. The last thing the team of F1 fans would have wanted was another week of uncertainty around this hugely popular team’s future.

The only penalty is the deduction of 59-points, that will have some bearing on where Racing Point Force India finish this season. But starting from nothing at this point in the season gives a sense of urgency, Perez and Ocon have a huge mission in the remainder of the season. The poetry will be in this team catching the midfielders that revoked the prospect of an easier transition earlier on. 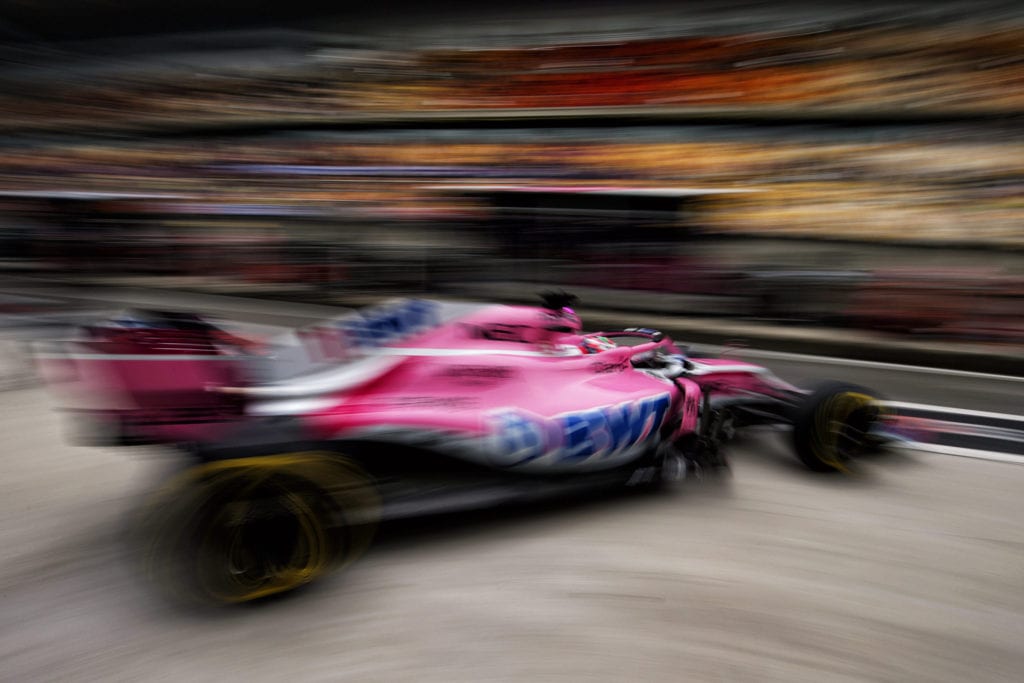