After a slightly farcical Monza weekend in which 150 places worth of grid penalties were split among nine drivers, F1 chiefs said that the whole system of punishment for penalising component changes needed overhauling.

Two popular alternatives seem to be either docking teams constructors points or issuing some sort of fine, though both of those would potentially have their own problems as well.

The hate for the current system isn’t universal, though. Force India thinks that grid penalties are fine as they achieve the goal of trying to keep costs down, whilst also helping to provide exciting racing.

The teams chief operating officer Otmar Szafnauer says that the rules are ultimately there to help keep costs down, something which is of massive benefit to teams running on a small budget such as Force India.

“If we had an unlimited amount of money, I’d agree with Ross. Let everyone spend what they want. Then it’s a whole different formula. But you can’t say we have to control costs but not have this kind of stuff because they are incongruent those two statements. We have to remember why they are there and one of the reasons was cost saving.

Szafnauer did say that if a better solution could be found he’d go along with it, but for now grid penalties are the best way to deter teams from excessive spending.

“In the old days, before we had a set number of engines per driver you can use, you could use one engine per race and that cost a lot of money. Next year we go to three engines per driver. How do you remove the incentive to say well I don’t care if it’s three, I have the money to spend so I’ll do six?”

“One way to do it is grid penalties. They remove the incentive to spend money on engine development. If there is a better way to do it, I’m all for it. When the rules were written, that was the best way.”

Force India’s technical director Andy Green went a step further though, saying that grid penalties have the added benefit of mixing up the order and providing exciting racing, citing Daniel Ricciardo’s charge from 16th to fourth as an example.

“What is wrong with having grid penalties and mixing the grid up? It’s something we always talk about, trying to make a better show. You’ve just had it and now everyone is complaining the grid is mixed up.

Make your mind up guys. What do you want? Who won driver of the day? Ricciardo. Where did he start? Towards the back with grid penalties. It was the best drive this afternoon. Tell me that is wrong. I don’t think so.”

It’s a fair point! But does the positive aspect of mixed-up grids outweigh the sometimes confusing nature of seeing the grid order get totally shuffled between qualifying and the race? Let us know your thoughts in the comments! 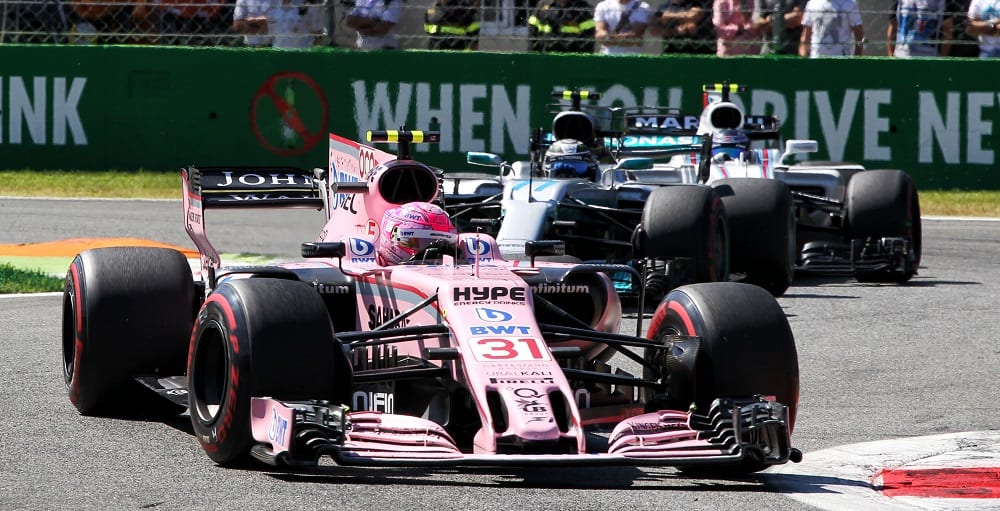