Force India Won’t Get Any New Engines Despite Technically Being A New Team – WTF1
Skip to content
×
Formula 1 , News

The whole situation with Force India (or rather, Racing Point Force India) is a little bit confusing. Thanks to the legal situation around the sale (which was only for the assets and not the entry), the team had to sacrifice all its points in order to continue racing this season.

It raised some questions, one of which was what would happen to the engine allocation. After all, it’s technically a new team, so would Force India be able to use a whole batch of new power unit components and gearboxes without penalty? As it turns out, no.

A stewards ruling during the Belgian Grand Prix ruling noted the unusual scenario and stated that the allocations have to carry over, thanks to a regulation stating that things have to remain fair. A statement read:

“The current regulations do not appear to take into account the highly unusual situation where a team is excluded mid-season and a new team effectively ‘replaces’ it, and the drivers move from the former team to the new team.

“The question arises, ‘do the power unit elements and gearbox numbers accumulated to date by the excluded Sahara Force India Formula 1 Team carry over to the new Racing Point Force India F1 Team or do they revert to zero for each of the drivers?’

“The stewards note their responsibility under Article 11.9.1 of the International Sporting Code where they have supreme authority for the enforcement of the Code, which under Article 1.1.1 requires the fundamental principles of “…fairness”.

“The Stewards consider that as the drivers have retained their respective points accumulated to date in the 2018 Events in the Championship, it is both logical and fair that the elements, units, and gearboxes used by their respective cars in the excluded team should carry forward to the new team.”

It’s a sensible decision, but we were kinda hoping the decision would go the other way. It would have been interesting to see how a couple of Force Indias with fresh Mercedes engines turned up to the max would have got on, especially at Spa and Monza… 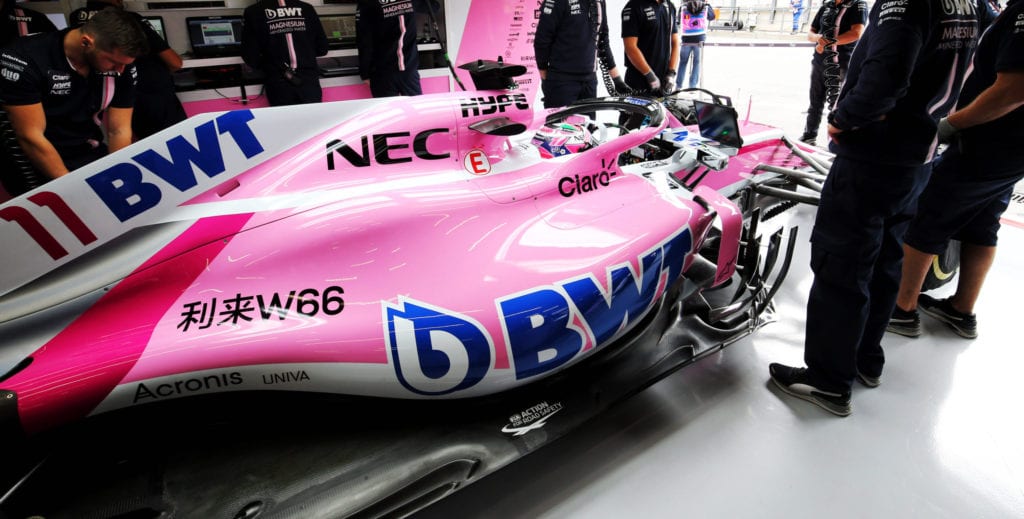