‘Ford V. Ferrari’ Looks Like It Could Be One Of The Great Motorsport Movies – WTF1
Skip to content
×
Endurance

‘Ford V. Ferrari’ Looks Like It Could Be One Of The Great Motorsport Movies

It’s one of history’s great motor racing stories. In 1963, Ford tried to buy Ferrari, but Enzo backed out of the deal at the last minute when he realised it would mean that he lost control of his beloved racing team.

Incensed, Ford embarked on a programme of spite as it attempted to produce a car capable of beating Ferrari at Le Mans. After a couple of years of failure, success eventually came as Ford went on to win the race four years in a row between 1966 and 1969. It’s an incredible story to the point where it’s a surprise that it hasn’t already had the Hollywood treatment.

That’s set to change this year, however, as Matt Damon (playing Carroll Shelby) and Christian Bale (as driver Ken Miles) star in Ford V. Ferrari, the first official trailer for which has just dropped. Spoiler alert: it looks mega.

Good motorsport films are surprisingly hard to come by. There are the properly old-school Grand Prix and Le Mans which, while beautifully-shot, have incredibly cheesy storylines. Days of Thunder was basically just Top Gun with stock cars instead of fighter jets, and Driven was… well, a must-watch, but for all the wrong reasons.

There have been plenty of well-made, feature-length documentaries, but recently it’s only Rush that has really hit the spot from a film perspective. Ford V. Ferrari looks to be very much in that same vein – though we’ll have to wait until 15 November to find out. 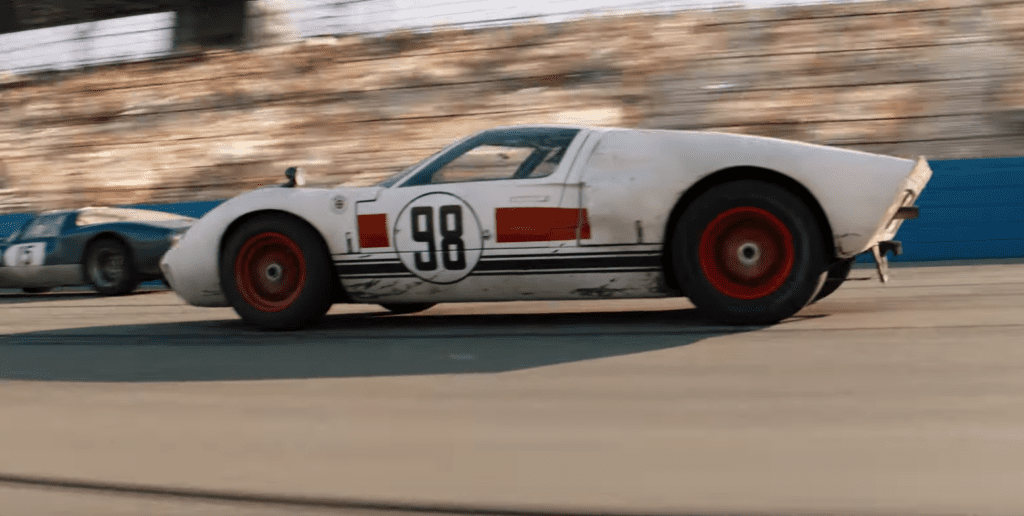