Alonso famously came close to winning the 2010 and 2012 championships but missed out to Red Bull’s Sebastian Vettel at the final race of the season on both occasions. However, it must be noted that Alonso was not piloting the best car on the grid in either of those years – or, indeed, any of the years he spent with Ferrari.

Speaking on Formula 1’s Beyond The Grid podcast, Montezemolo ceded that Ferrari did not give Alonso a championship-winning car, but says that there were other issues that led to the barren run; including the tempestuous Alonso’s “character” that differed heavily when compared to other Ferrari greats.

“Number one, to be honest, he was unlucky to be in Ferrari when Red Bull was the same, or very close to being, as Ferrari at the beginning of the 2000s.

“The second, I don’t like to but I have to say this, he was unlucky. He lost the championship in Brazil in 2012 when Sebastian in the first lap crashed with [Bruno] Senna. Or, when the team made a big mistake in [Abu Dhabi] 2010, when it was enough to finish fourth, and we lose the championship at the last race.

“Third, his character. The biggest difference between Michael [Schumacher] , and also Niki [Lauda], is he was Alonso – not Alonso [as a part of] Ferrari. When he wins, he’s happy. When he doesn’t win, it’s the problem of the team, he’s unhappy. He’s less close to the team than Michael and Niki. Particularly in the difficult moments. To be close to the team in the good moments is easy.”

Ex-Ferrari team principal Stefano Domenicali, who was in charge of the team for four of Alonso’s five years at Maranello, lauded Schumacher’s refusal to apportion any blame on the team in times of trouble when he appeared on Beyond The Grid. Not even when a simple mistake led to the brake failure that ended in a broken leg for Schumacher and destroyed his 1999 championship charge at Silverstone.

If you’re wondering how Alonso feels about the comments from his former boss, you’re in luck. When F1 posted a teaser for the podcast he responded with his own take:

😂😂😂😂😂😂! It had to be a reason not to follow this account until now. Today you remind me again!! President never said that. Specially after scoring 80% of the points for our team. We race hard, together, with all our heart and we fought until last race for championships ✊️

It wasn’t all trouble though, with Montezemolo saying that Alonso has always been a “fantastic driver”, on par with former rivals Sebastian Vettel and Lewis Hamilton and “very close” to Schumacher.

He did, however, criticise Alonso’s replacement Vettel for lacking the requisite nerve and “strength” on the big occasions. The German has had two opportunities to end Ferrari’s long wait for a drivers’ title in the last two years, but failed to deliver against Hamilton and Mercedes.

“Alonso in the race is a fantastic driver – was, and is. He lost the championships not for his mistakes. In normal conditions, without the mistakes of the team is 2010, and without Vettel very, very lucky in the last race [in 2012]. If he won one championship, today we’re talking about something different. We’re talking that Alonso, despite for many years he hasn’t got the best car, he was able to win the championship.”

Given that he was part of Ferrari for more than 40 years, there are few people more qualified than Montezemolo to speak about the team’s former drivers. His thoughts on Alonso’s approach is something that many have suspected of the Spaniard in the past but given he was the last driver to really get close to delivering Ferrari a championship, it’s probably a trade-off worth having. 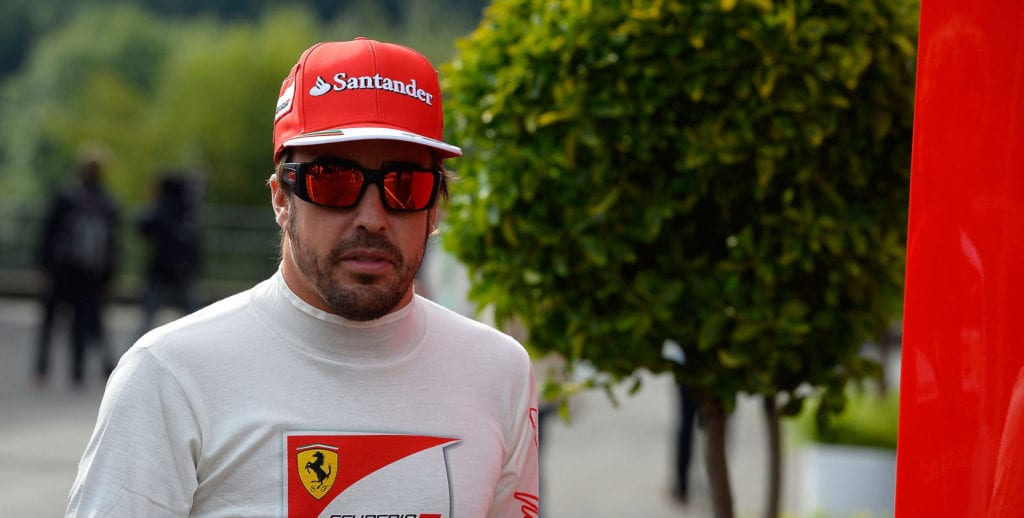