There are still a whole host of things the sport needs to work out with the 2021 regulations, with the final drafts of the rules not expected to be revealed until October. But when it comes to the actual basic aerodynamics, things aren’t quite as contentious. Over the last couple of years, Formula 1 has been trying to work out how to dramatically reduce the dirty air produced by the cars without compromising the downforce – and therefore speed.

Although much of the development has been done using CFD, there’s still no substitute for a good old-fashioned wind tunnel. F1 has been using the facilities at Sauber to help develop the shape of the 2021 cars and has released some images of the 50 per cent scale model that it’s been using.

OK, so it’s perhaps not quite as fantastically futuristic as it looked in the early renders, but it still looks rather cool. The front and rear wings look to have been seriously simplified; the smooth, almost one-piece rear wing in particular looks very old-school – in a good way – while there’s a very 90s vibe about the sloping nose.

The overall lines of the car are much cleaner, too, with far fewer of the complex winglets and intricate bargeboard designs, and the Halo looks to be much better integrated into the overall shape.

In general, there’s quite a bit of an IndyCar vibe about it which, given the looks of the current-spec Dallara DW12, is absolutely not a bad thing.

It’s interesting that they appear to be covering the new 18-inch wheels with hubcaps once more – presumably in order to prevent teams from continuing with their crazy tricks of blowing the axles, something which produces a lot of aero wash.

All that lost downforce from the upper surfaces is being made up for by an increased use of ground effect and underbody aero. The net result should be cars which are about as quick as the 2019 ones are, but with far less of a dirty air effect. Indeed, the FIA’s single-seater tech guru, Nikolas Tombazis, told the F1 website:

“Fundamentally the CFD was correct. There have been no major surprises. So there is a 5-10 per cent wake disruption, compared to the current levels of 50 per cent, although it depends on the exact configuration you are testing and so on.”

It all sounds pretty promising, but we won’t know just how well the new cars will race until we see them on track in 2021. But the looks? You can absolutely judge those – and we reckon it looks a little bit awesome. 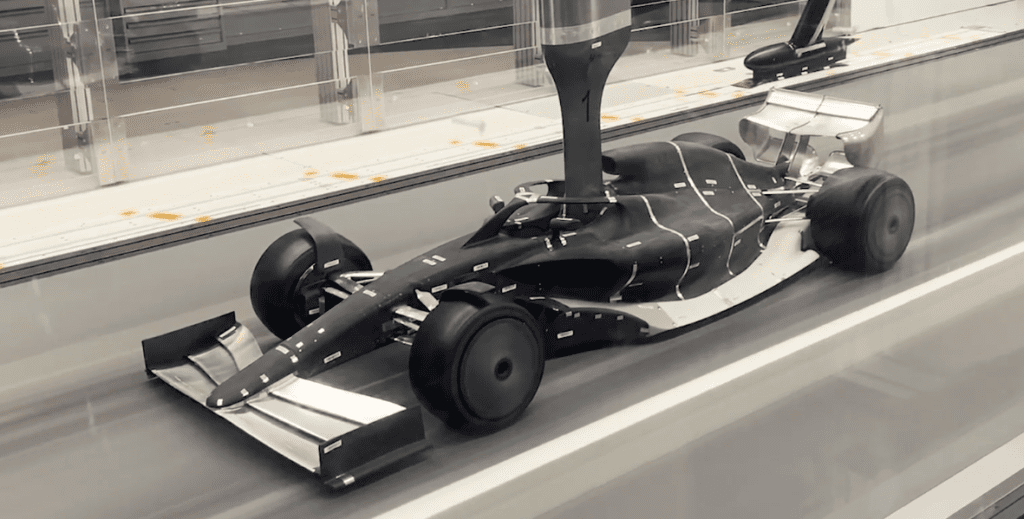