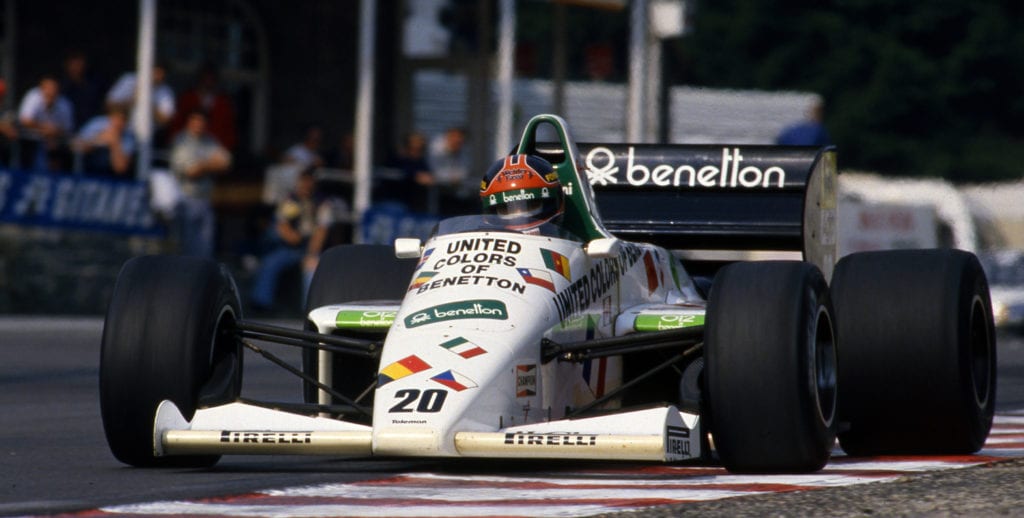 Unless they were the starting point for a future world champion, or had one or two plucky giant-killing results, backmarker teams in F1 are often remembered for all the wrong reasons – pay drivers having silly accidents; an endless stream of reliability woes; lap times that were seconds off the pace of even the most average midfield cars. And that’s if they’re even remembered at all.

But while these teams may not have achieved much on the track, some of them excelled in the livery department. And so, in this short series, we’re going to celebrate the beauties at the back of the grid. We’re arbitrarily defining a backmarker team as a team which had a maximum of one points-scoring finish during the season, which means there will be some bigger-name teams cropping up throughout the list.

To start with, we’re looking at the period from 1979 to 1986. With complex turbo engines becoming necessary to really compete, smaller teams that had survived throughout the 1970s on a small budget were effectively priced out of competitiveness as the sport became increasingly professional, meaning some very tidy-looking cars don’t quite get the recognition that they deserve.

In 1979, Jan Lammers’ Shadow DN9 had a big flaming lion on the car (courtesy of sponsors Samson) which looked like it was eating the radiator. What’s not to like about that?

The Ensign team plugged away in F1 from 1973 until 1982, without a whole lot of success – though the team can count the likes of Nelson Piquet, Jacky Ickx, Clay Regazzoni, and Chris Amon among its drivers.

For 1980, Ensign was one of many teams to try and copy the successful ground effect design of the Williams FW07 and while the car was reasonably capable in Regazzoni’s hands, a career-ending accident in Long Beach left the team using relatively inexperienced drivers in the form of Tiff Needell, Jan Lammers, and Geoff Lees. The car failed to make the grid on nine occasions, with Regazzoni’s ninth in South Africa the best result of the year.

On the plus side, sponsorship from Unipart led to this incredibly smart blue, white, and red livery, which has more than a hint of the now-to-be-unraced Rokit livery on the Williams FW43…

Although the March 821 only managed a trio of eighth places and multiple failures to qualify, it did have a Rothmans livery. And there’s no such thing as a bad (or even mediocre) Rothmans livery.

Osella competed in F1 from 1980 until 1990, had two points-scoring finishes from 172 starts, and is best known for designating one of its cars the FA1L.

In 1983, the team only recorded three race finishes (with a best of 10th) and used two different cars – the Alfa Romeo-powered FA1E replacing the Cosworth-powered FA1D during the year. As was common for small teams, the livery seemed to be different at every race as different sponsors came and went, meaning that on occasion, the colour schemes were a bit messy.

However, the early season look, with its mixture of blue and silver and flashes of white and yellow from sponsor logos made the FA1D a rather handsome machine.

By 1983 the team was down to running a single-car operation and had a deal to run the incredibly powerful BMW turbo engines. The team’s typical yellow and white livery had become yellow and black, and in 1984 the car had never looked better. Holy moly is the D7 a good-looking car.

It was actually pretty quick in the hands of Manfred Winkelhock, but sadly, it was also dreadfully unreliable. A second car appeared for Gerhard Berger at the end of the year and he managed to finish sixth at Monza, but because the team hadn’t officially entered two cars at the start of the year, he was ineligible to score the point he’d earned.

Despite the promise, BMW had grown weary of being associated with Schmid, pulled the engine deal, and the team folded at the end of the year.

Whether it’s on a Tyrrell, Toleman, Alfa Romeo or an actual Benetton, Benetton liveries pretty much always looked good. By 1985, the livery was pretty much the only good thing about the Alfa Romeo team – and you’ve got to love a coloured wheel rim.

Alfa Romeo had nothing to really shout about during its second period in F1, but at least the early part of the 1980s saw the team achieve the odd podium. The problem was that its turbocharged V8 engine was overweight, underpowered, and drank fuel for fun, and 1985’s 185T was such a bad car that Alfa actually switched back to using the previous year’s car halfway through the season.

Even that didn’t work, and Riccardo Patrese and Eddie Cheever – a very capable driver line-up – could only manage a best of ninth between them all year. Still, at least they looked good doing it.

Toleman’s F1 existence didn’t end the moment Ayrton Senna left the team – though it wasn’t without issues. A tyre contract issue meant the team had to miss the first three races of the year, but one big positive was the Benetton sponsorship deal.

Alfa already had the clothing company’s typical green livery, so for Toleman, Benetton instead opted for this striking and memorable white design, covered in flags of the world.

The car was quick, too – Teo Fabi managed to put it on pole at Monza, but dreadful reliability meant a multitude of retirements and only two race finishes, with a best of 12th. Benetton bought the team at the end of the year and went on to become rather more successful, while continuing to provide some of the best liveries on the grid.

Apparently proving that 1985 was a good-looking year, here were have the Skoal Bandit-sponsored RAM 03, with its green and white livery giving the small team a really classy look.

RAM had entered F1 sporadically from 1976 to 1982 but didn’t become a full-on constructor until 1983. The team never really managed to break out from the back of the grid, however (ninth for Philippe Alliot in the season-opener in Brazil was the best result for the RAM 03), and when the team lost its backing at the end of the year, RAM disappeared altogether.

Whether you’re a professional designer or just mucking about on the Gran Turismo Sport livery editor, there will be few people who will have decided to go with brown and beige as a colour combination.

And yet, that was Arrows’ look in the mid-1980s and, despite the obvious comparison to a hearing aid, it actually looks really nice. Unfortunately, it was a rubbish season – Arrows scored just one point all year (at that time the worst return in its history) as it spent the whole year saddled with a year-old car – the new A9 only raced three times as it was found to be even worse.

Check back next week for Part 2 of this series, where we’ll be looking at the best liveries from the golden age of backmarker teams.
Top image (c) XPB Images 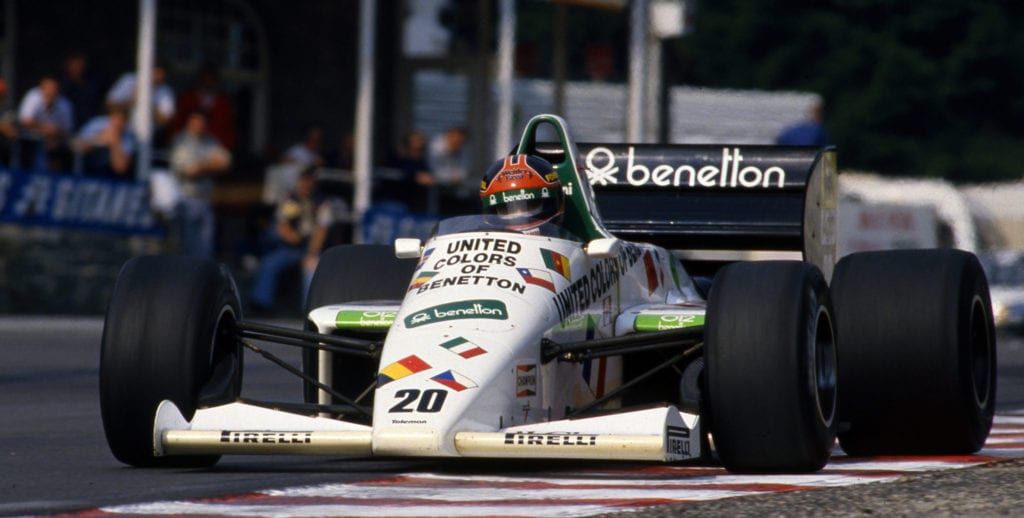