The Arden and Sauber junior drivers hit the barriers at the top of Raidillon in a big way at the start of the second lap, immediately bringing out the red flags. Giuliano Alesi and new Campos acquisition Marino Sato were also involved, but both walked away quickly. After a worrying wait, race control announced that the scheduled 23 remaining laps would not be completed, with no points awarded.

There was chaos from the first corner, with championship contender Nicholas Latifi suffering a puncture after contact with Budapest sprint race winner Mick Schumacher at La Source – the Canadian had made it back to the pits on three wheels by the time of the stoppage.

Everyone here at WTF1 wishes Anthoine and Juan Manuel the best, and this article will be updated as more confirmed news is available about the conditions of the drivers. 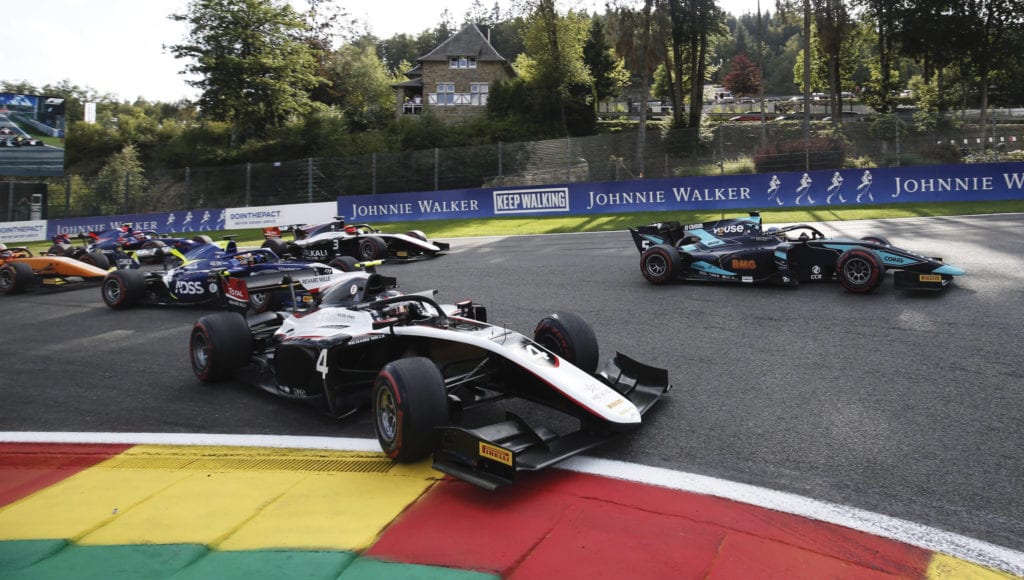