Formula 3 Qualifying Ended In A Very Strange Way At Monza

With around five minutes of the 30-minute session remaining, Renault junior Christian Lundgaard looked to secure his provisional pole position but was met with an almighty traffic jam on the run up to the long right-hander that ends the lap. Having to weave through the danger, the Dane managed to scrub off enough speed to avoid a wandering Pedro Piquet and a potentially huge accident.

This repeated itself for another lap, with drivers even abandoning their current laps at the Ascari chicane in fear of being at the very head of the tow train. Race Control mercifully put an end to the madness and brought out the red flags.

The stoppage ended up confirming ART’s Lundgaard as the polesitter for Race 1 ahead of Ferrari junior Marcus Armstrong and his Prema team-mate Robert Shwartzman.

Red flag in a ludicrous @FIAFormula3 qualifying session as strings of cars repeatedly caught queues of slow drivers, all trying to start a lap with a tow, at the end of the lap. @lundgaardoff very angry on the radio. Session will not restart. #F3 pic.twitter.com/4ylQUDbBBo

We’ve seen some compelling games of ‘DRS Chicken’ in races over the last eight years, but I don’t think this will be beaten in a hurry.

It begs the question, what next? A 30-car field all vying for the same piece of track is never likely to end well, so does F3 use a Formula E style qualifying format and split drivers into groups? Or will a lap time delta be introduced to stop drivers from quasi-parking their cars on a live circuit? 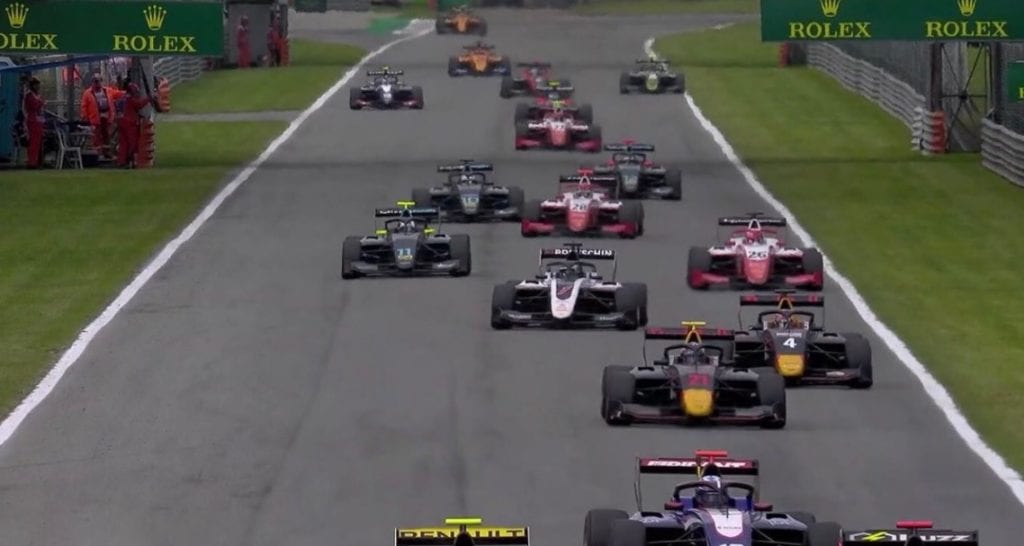