A shortened Circuit de Monaco and Formula E cars aren’t the best ingredients for a fun race, but there were still a few exciting moments.

Undoubtedly the highest drama was a clash between Vergne and Piquet just before the mid-way point of the race, going around Turn 3 – the hairpin linking the Formula E section back to the F1 track.

Vergne had been getting frustrated stuck behind Piquet’s NextEV NIO car and he dived around the outside into the hairpin, which would’ve given him the inside line for the next corner.

It was a valiant effort but Piquet’s back end stepped out, causing his car to clash with Vergne’s Techeetah and barge it into the barrier by the harbour.

Vergne was fuming after the incident and we’re not surprised – sure, Piquet lost the rear, but there was still loads of room on the other side of the track. It ended up bringing out the safety car.

Sebastien Buemi ended up winning the race – his fourth victory of the season – after just holding off Lucas di Grassi by three tenths of a second. 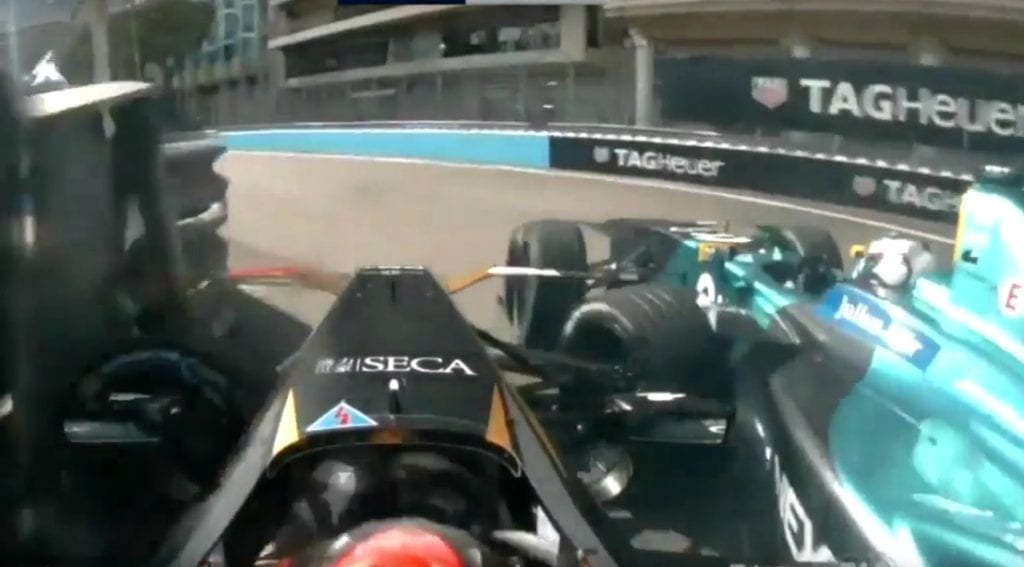