Formula E Is Finishing Its Season With A Ridonkulous 6 Races In 9 Days – WTF1
Skip to content
×
Formula E , News

Formula E was one of the first major series to cancel races due to the Covid-19 situation and, like other championships, has had to be put on hold for the last few months.

Unlike many other series, Formula E was already a good way into its season, having already held five races, beginning in Saudi Arabia last year. And, because Formula E traditionally finishes up around August and begins in November or December, rescheduling cancelled races for too late into the year would affect the teams’ preparations for next season. Throw the fact Formula E races on street circuits into the equation (which are difficult to arrange and organise in the current situation) and the series had a tough job on its hands to get the current season finished.

Thankfully, a solution has been found – and it’s a particularly intense one.

Never mind back-to-back races on the same weekend, Formula E is holding a staggering six races in nine days at the Berlin Tempelhof circuit which will complete the season. This is made easier by the fact that a Formula E event is typically condensed into a single day anyway, but it’s still going to be an intense time.

The six races will be split up into three pairs, with each pair of races being held on a different layout of the circuit. Two of these pairs of races will be midweek events, which is unusual for a major championship.

To keep things safe, no more than 1000 people in total will be allowed on the site, with each team restricted to a maximum of 20 staff and required to carry out as many remote operations as possible. Usual precautions such as social distancing, wearing PPE, and regular testing will also be observed.
It’s going to make for one manic end to the season. BMW driver Alexander Sims (who currently sits third in the championship) said:

“We’re going to see big swings in the championship situation in a very short period of time, so I think it will be important to keep emotions in check and not get too carried away. At the end of the day, it’s much of the same in terms of the races themselves, but we know how unpredictable Formula E races can be”.

Antonio Felix da Costa is the current championship leader having won the last race in Marrakesh (way back in February) but with less than a race win separating the top four in the standings and an extremely unusual end to the season, anything can happen. 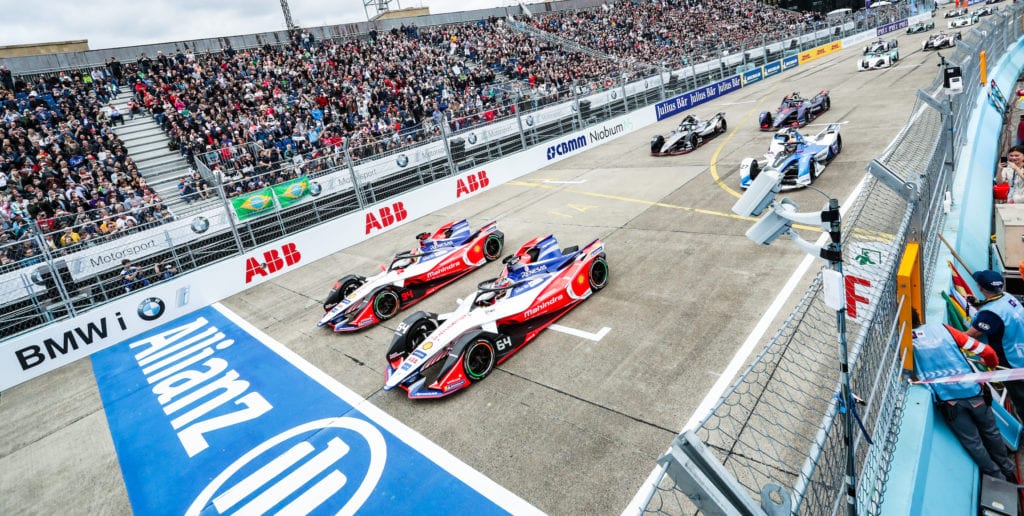