Formula E is Racing On An Actual Permanent Circuit This Weekend

Now, although this circuit isn’t anything crazy like Silverstone or Spa, it does have motorsport history behind it. The Circuit Ricardo Tormo is located in Valencia, Spain and currently hosts the championship’s pre-season testing. It’s also a highly popular venue for MotoGP races and has previously been the host of F1 pre-season testing.

The circuit has been host to Formula E testing since 2017, however it’s always been noted by drivers that the track remained “unrepresentative” to the street circuits Formula E is synonymous with. How the tables have turned.

𝗔𝗟𝗟 you need to know ahead of the #DHLValenciaEPrix 🇪🇸

Things have been done to help create that ‘street circuit’ vibe, such as adding in temporary tight chicanes to the start finish straight.

So, why is Formula E having to race at Valencia?

Well in short, cities aren’t too keen to be hosting massive racing events during the middle of a pandemic. We’ve seen that in F1 with Melbourne being moved to November, and the future of races like Canada and Monaco in doubt.

It can be done. Formula E has already raced in Diriyah and Rome this season without complications, however the championship will want to be ‘safe than sorry’ when it comes to hosting events and putting on races.

They’ve also recently confirmed the championship will be heading to Mexico, New York, London and Berlin to end this season.

Formula E has raced at the Autódromo Hermanos Rodríguez where F1 visits when it’s in Mexico, however the Formula E layout is changed. This race circuit is Valencia is the closest the electric world championship has come to a permanent circuit since its inaugural race in 2014.

For more information on how to watch the Formula E race at Valencia, click here. 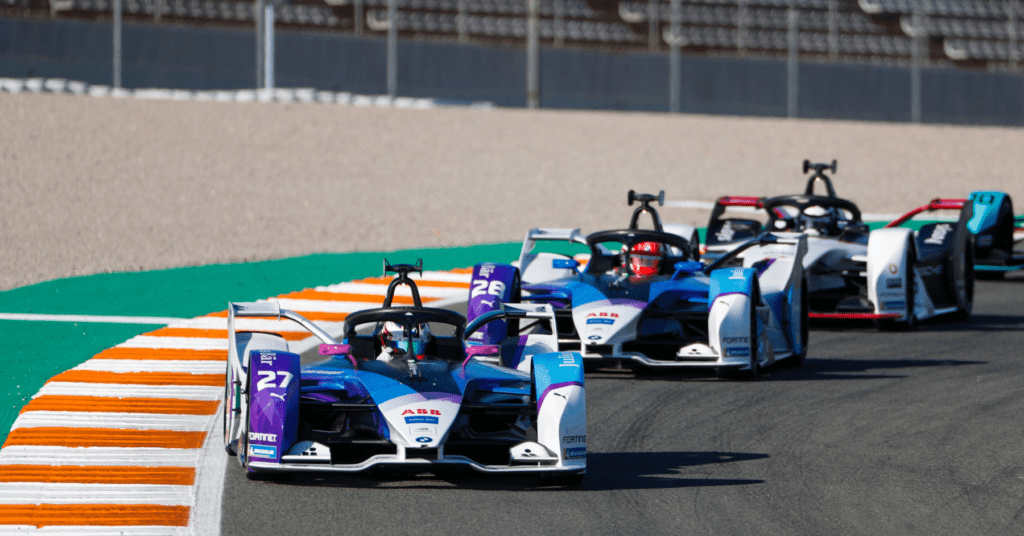