Previously held as the season finale in Battersea Park during the first two seasons the race dropped off the calendar for a variety of reasons – which is a shame because it was a popular event.

Now, for Season 6, it’s returning as a double-header season finale on 25 and 26 July 2020 as part of a multi-year deal. That’s good news in itself, but what’s really bonkers is that a decent portion of the track is actually located in the Excel London building located on the Royal Victoria Dock. Yes, you read that right – inside.

The 2.4km, 23-turn track will have the start-finish line and opening sequence of corners located actually inside the Excel centre in London’s Docklands area, with the rest of the track navigating the perimeter of the building. Series founder and CEO Alejandro Agag said:

“I’m extremely excited to be bringing the ABB FIA Formula E Championship and electric racing back to the UK. Every motorsport series would love to host an event in London – this has been our desire for quite some time now and we’re delighted to have found a new home at the Excel.

“We have a growing base of knowledgeable and passionate fans in the UK, and this race adds to a fantastic summer of sport as a world-class event we hope Londoners can be proud of. Formula E coming back to the UK extends beyond pure racing excitement, it’s also a strong message for London to tackle inner-city air pollution by promoting clean technologies and electric sustainable mobility.”

It’s a fantastically bonkers concept and, whether you love Formula E or not, you have to applaud the series for continually doing something different instead of simply copying the recipes of traditional motorsport. We can’t wait! 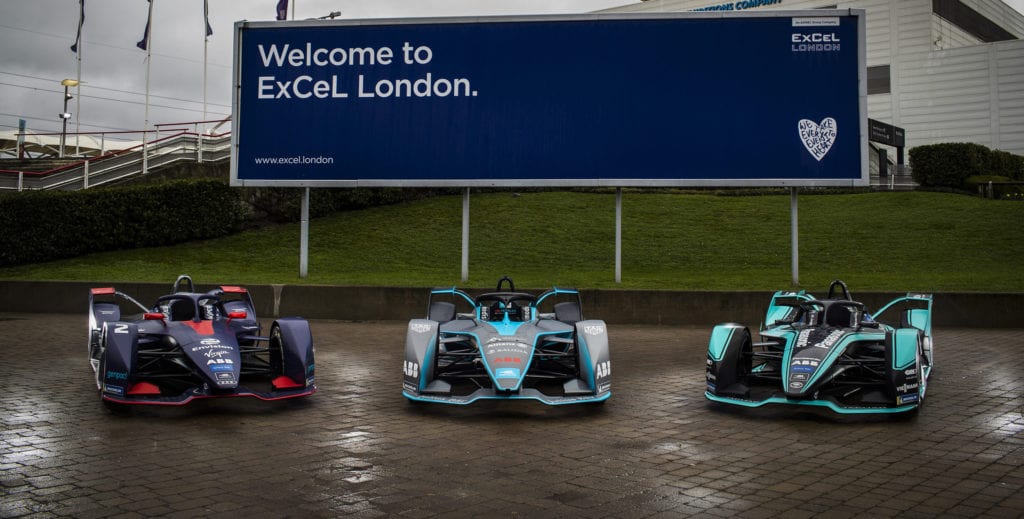