Formula E Will Use The Full Monaco Circuit Next Season

Next year will be the first time a Formula E race takes place on the same track layout as a Formula 1 race as the Monaco ePrix is being ‘upgraded’ to take place on the full Grand Prix circuit. Formula E CEO Alejandro Agag confirmed the news to e-racing365, saying:

“Monaco is back [in 2019] and we will use the full track. The short track was too small; it was OK, but it is much better for us to race on the big one.”

Formula E only visits Monaco once every two years as it shares the date with the Monaco Historic GP. But when it does, it uses a shorter layout which cuts through from Saint Devote to the chicane, missing out on iconic bits of the circuit such as Casino Square, the Lowes Hairpin and the tunnel.

The short layout is ridiculously tight (even by Monaco standards) and made overtaking tricky, as Jean-Eric Vergne and Nelson Piquet Jr found out last year.

The move to the full circuit for season five coincides with the new, faster, more-awesome looking cars that Formula E is introducing next season. How cool will they look rounding the Lowes Hairpin?!

It’s good news for the drivers too, as they’ve been wanting to race on the proper layout for a while. Sebastian Buemi said that “with more power and better cars, it’s going to be very important to go on the big one,” whilst Jerome d’Ambrosio called the move a “no-brainer”, adding that it would also create more overtaking opportunities.

With 2018 being one of the years when Formula E doesn’t visit Monaco, it means we’ve already seen the last of the old tiny layout. In 2019, the new cars will be racing on the GP circuit. We can’t wait! 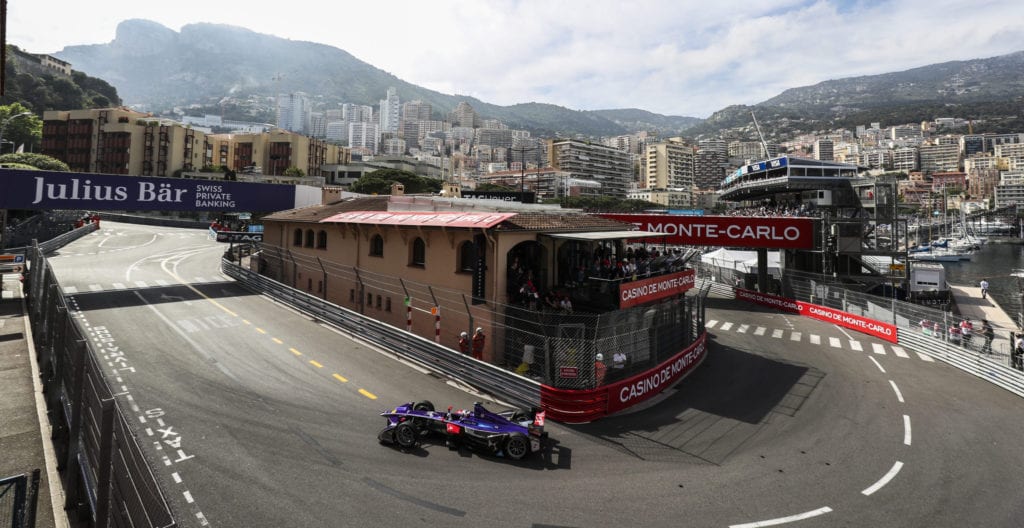