Given how progressive the series is, Formula E has been strangely quiet with regards to esports while pretty much every other major championship has jumped on the sim racing bandwagon… until now.

Called the ‘Race at Home Challenge’, Formula E is running a nine-week championship using the Formula E cars on rFactor 2, all in aid of raising funds for Unicef. After a non-championship event on 18 April, the series will run every Saturday for eight weeks and feature two grids: one for the real Formula E drivers – apparently they’ve all been provided with identical hardware in order to compete – and another for sim racers, influencers, and special guests. The final round on 13 June will be a double-points event.

The simmers will have to qualify for each event beforehand, with the 18 fastest going through to the live races and joined by a selection of special guests. The top three from each race will be guaranteed a spot in the next round. There’s plenty to compete for, too – the top gamer at the end of the championship will get some track time during a real-life Formula E event.

What’s really interesting about the series, however, is the format. Both sets of races will feature one-lap qualifying (pretty standards stuff there), but the races? They’ll be a battle royale – or in Formula E terms, race royale. In other words, whoever is last at the end of each lap is out. Drivers will be eliminated throughout the race until 10 are remaining, who’ll then fight it out to decide the points positions over the last lap.

Everything will be broadcast on Formula E’s YouTube, Twitch, and other social channels each Saturday from 18 April to 13 June and covered by the usual commentary team of Jack Nicholls and Dario Franchitti.

We’ve had to wait a while for Formula E’s method of keeping fans entertained during tough times, but it looks like it’ll be worth it. 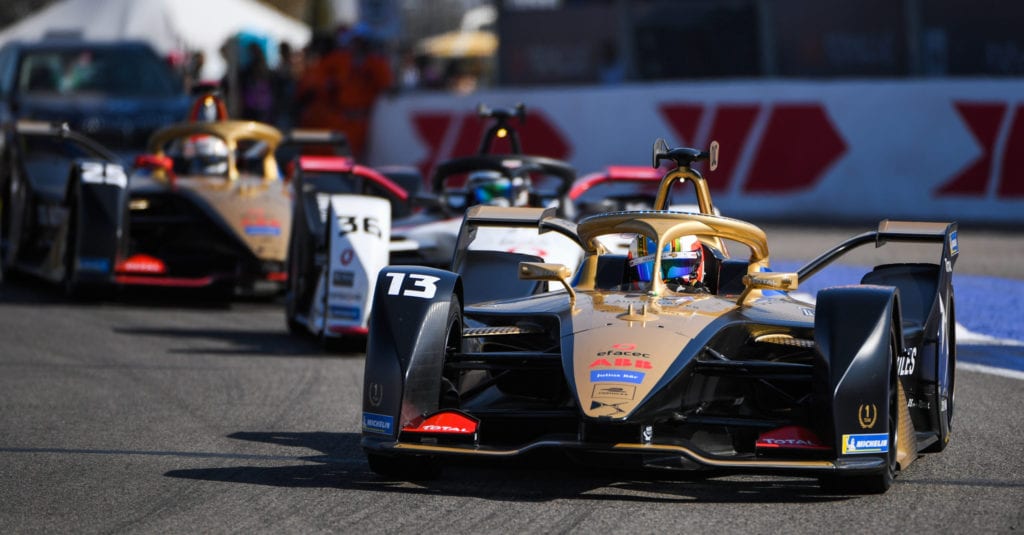