While some races in the past have had damp sections, this was the first time we’ve seen Formula E cars properly racing in the rain (even hail at one point) and predictably, it was absolute carnage.

Even before the rain happened it was all kicking off – pole-sitter Oliver Rowland (following the disqualification of both Mahindras in qualifying for incorrect tyre pressures) crashed out of the lead early on, and then Nissan teammate Sebastien Buemi dropping back after getting a puncture while leading a few laps later.

That left Robin Frijns in the lead with Andre Lotterer right behind and Daniel Abt scything his way through to third. Then the rain hit.

While the top three stayed unaffected, in the midfield it was all kicking off as drivers struggling to deal with the bumpy, slippery surface on a track where overtaking is already rather tricky. There were plenty of yellow flags, full course yellows and safety cars thanks to incidents like this…

This race is crazy! @AlexanderSims suffers heartbreak again after a race-ending incident involving a number of cars #ABBFormulaE #ParisEPrix pic.twitter.com/2e323jYoge

Through it all came Frijns to take his first win and continue to streak of eight different winners from the first eight races. Lotterer was second (again), Abt third, and Lucas di Grassi fourth. Other championship contenders had a mixed time of things – Jean-Eric Vergne was sixth and Antonio Felix da Costa seventh, while Sam Bird endured his third consecutive non-scoring race in 11th. Championship leader coming into the race Jerome d’Ambrosio crashed out of the points with just a few laps to go and winner of the last race ,Mitch Evans, ended up a distant 16th.

The result means the Frijns now leads the championship by a single point from Lotterer, who sits in the rapidly shrinking group of drivers who haven’t won a race this season. With the way this season is going, it wouldn’t be surprising to see him remain a serious title contender until the final round, even if he doesn’t reach the top step.

The next race up is Monaco – we can’t really go nine from nine, can we? 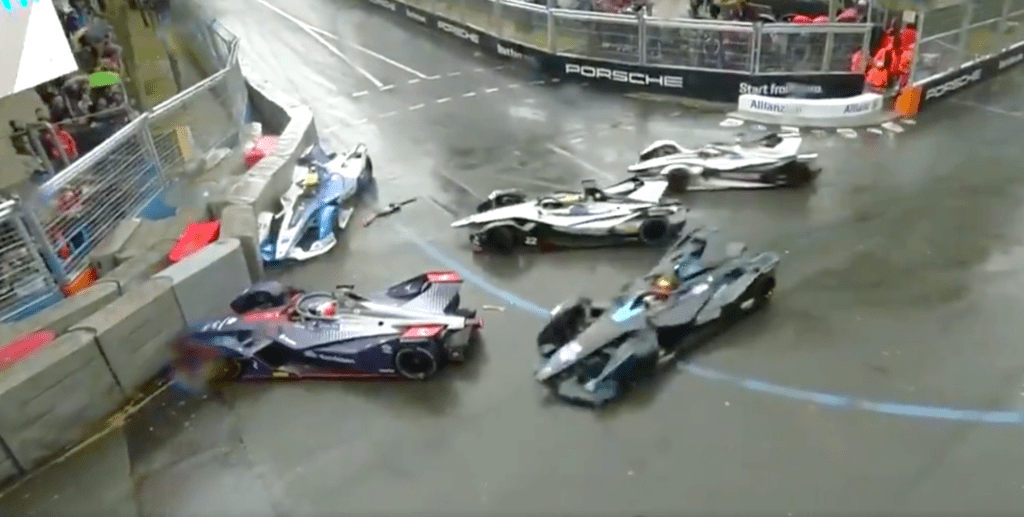