Lewis Hamilton’s incredible form after the summer break has proved vital to becoming, officially on record, one of the greatest drivers to ever take part in the sport. He now matches Juan Manuel Fangio’s number of championships, with the only records left to chase those owned by the legendary Michael Schumacher.

The battle with Sebastian Vettel before the summer break indicated that the 2018 fight could last the distance, with both drivers securing four victories each upon arriving at the mid-point of the season in Hungary. The level of performance between Ferrari and Mercedes fluctuated during the first half of the year, with Ferrari looking to have the fastest car more often than not. A sign of the changing tide? It certainly looked like Ferrari and Vettel would be able to not only mount a challenge this season, but also sustain it.

But in the second half of the year, Hamilton has once again pulled off what is becoming a trademark scenario: have a busy extra-curricular schedule, be criticised for taking on too much and losing focus, emerge from his busy schedule in a league of his own on-track, and win. Hamilton won six out of seven races between Hockenheim and Suzuka, a run of form that all but blew Ferrari out of the water. His incredible form after the summer break also served to diminish the sense that this was a close battle, as we experienced in the first half of the year.

There’s no doubt that the engineering team at Mercedes has done a better job than Ferrari lately in bringing effective upgrades, but this can also be over-emphasised by the relative form of each leading driver. Vettel hasn’t dealt well with the pressure this season, his errors in Germany and Italy costly and his strong early-season form a distant memory.

Strategy calls have also blighted the red team, but the sense in the second half of the year has to be that even if minor details had gone its way, beating Hamilton might have been too much to ask of Vettel.

But for all of the discussion surrounding Vettel, Hamilton has been a sensation in Formula 1. The ecstasy of his first title in 2008 and the risky move to Mercedes that many doubted has been part of his emergence as not only a world champion, but a serial winner, a ferocious tactician and a credit to the sport.

Hamilton is now at a point in his F1 career in which becoming the most statistically successful driver to ever race in the sport is attainable. He is 20 race victories away from matching the win record of the great Michael Schumacher. Schumacher’s seven-title tally looked like it would stand the test of time, but now Hamilton has taken his fifth to match Fangio, who would bet against him matching Schuey over the next few years?

It’s a real privilege to see true greatness unfold in any sport. Regardless of your opinion of him outside the car, there is no doubt that we’re witnessing greatness behind the wheel. Lewis Hamilton is a deserving five-time world champion and it’s very clear that he isn’t going to stop winning any time soon. 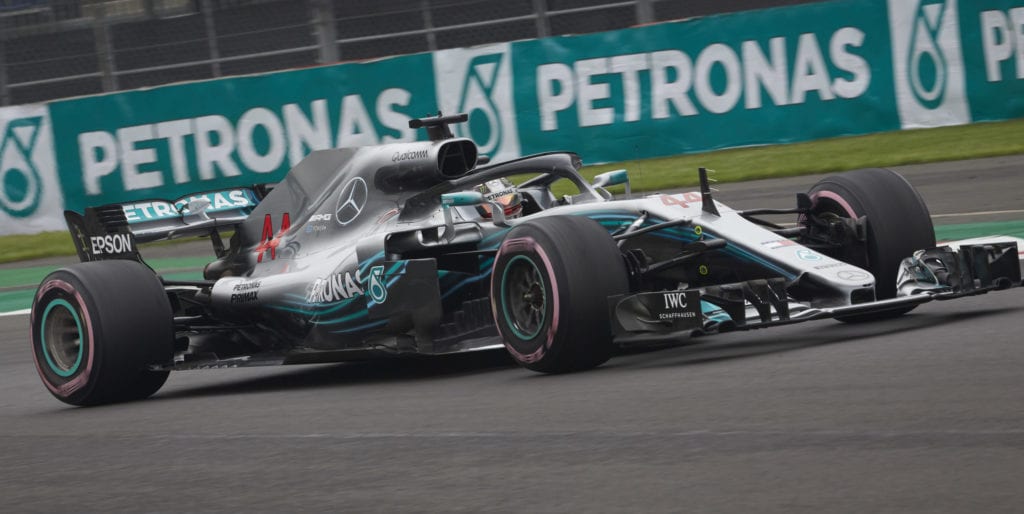