Gasly Describes The Moment He Was Almost Launched Into The Air By His Teammate – WTF1
Skip to content
×
Formula 1 , News

Now that everyone’s had a chance to change their underwear following the scary almost-crash between the Toro Rosso’s in qualifying, the drivers have explained what was going through their minds at the time. As you’d probably expect, Gasly said it was a rather scary situation.

“It was really scary. Probably the scariest moment of my career! I was sure I was going to crash into Brendon, because it’s the part of the track where we’re going at 320kph. I could already see myself in the air.

“I don’t know what happened to Brendon, he slowed down massively. I am sure he didn’t do it on purpose. But he was on the line, I wasn’t sure if he was going to go on line or not. Maybe next time we need a bigger gap between two cars. It’s clear that no one wanted anything like this to happen. But it’s the second time we’ve had a coming together. We need to make sure that we avoid situations like these.”

Hartley, meanwhile, was equal parts frightened and apologetic and simply didn’t know Gasly was there. He explained:

“I made a big mistake, I’m sorry for him. I owe him a big apology for getting in the way and nearly causing a huge accident. I’m disappointed how that went down. Not a good day. It was a disaster of a day. I hadn’t done a lap until the point of the incident because the previous ones were interrupted by yellow flags. Then I clipped the inside wall very lightly.

“At the beginning I didn’t think there was any damage so I was still pushing, then I realised going through the fast left-hander that there was a puncture. I had to slow down immediately trying to avoid hitting the wall.”

“I knew I had an issue and slowed down. I was unaware Pierre was so close behind me. Obviously I was going half-speed, trying to figure how bad the problem was and I completely messed it up. The problem is, with the walls, you don’t see them coming. When I looked in the mirrors I moved to the left and that’s the same way he wanted to go.”

Gasly’s mega reactions managed to prevent what would have been a dreadful accident, but even though he had time for another lap, the flat-spotted tyres and run-down battery meant he couldn’t make it through to Q2. Not great, but considering what might have happened, it could have been worse. 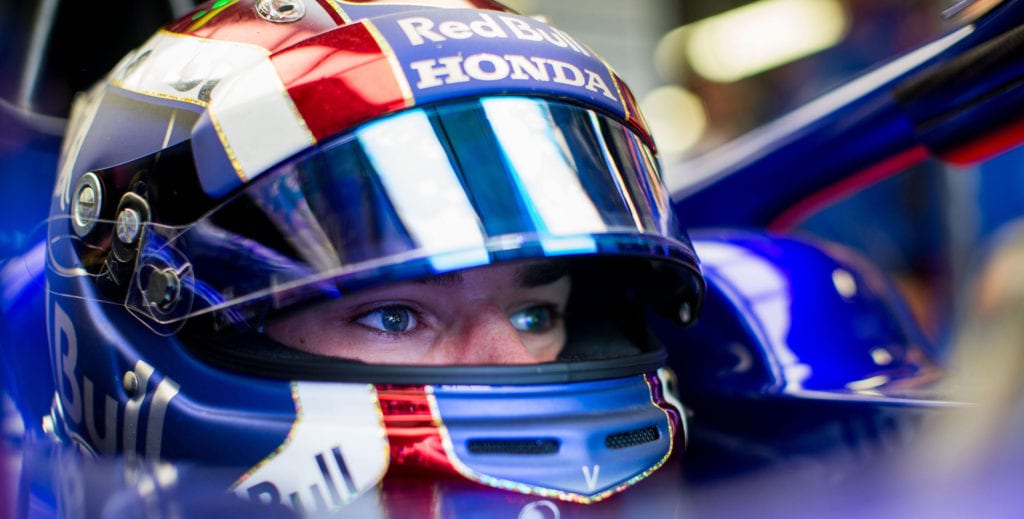