Magnussen’s own brand of ‘hard racing’ has really cheesed off some of his rivals, with both Nico Hulkenberg and Fernando Alonso happy to lay on the criticism of the Haas driver last year. Now he’s angered another driver – Pierre Gasly. The Toro Rosso driver was lucky to finish in Baku after being stuffed into the wall by the K-Mag during the closing laps of the race. After the grand prix, he launched into a scathing attack on Magnussen and the incident which he believes cost him some points.

“First thing, Kevin is the most dangerous guy I have ever raced with. He literally put me in the wall at 300 km/h at the restart and completely ruined the race. I would have been in the worst case P10 at the last restart, so this is one thing.

“The safety car came out, we pitted and were P11. I knew points were on the table. I was going to pass him just before the safety car line 1, went on the side, and he just put me in the wall right in the middle and took half of my floor out. Both my front wheels went in the air, broke my right mirror and bent my steering as well. After that I was just trying to survive until the end of the race. There was almost no point to race after that.”

It isn’t the first time Gasly’s been left unimpressed with Magnussen’s driving following a close call during FP2 and reiterated that Magnussen went over the limit.

Magnussen suffered some pretty hefty damage during a first lap scuffle with Marcus Ericsson which he used as an excuse for the Gasly clash, saying that vibrations were so bad that he couldn’t see Gasly in his mirrors until it was too late.

Stewards didn’t buy it and handed the Dane a 10-second penalty (dropping him from 13th to…13th) and two penalty points on his licence. That takes him to eight penalty points over the last 12 months – if he reaches 12, he’ll get a race ban. Cutting it a bit fine, there, K-Mag!

One person other than Gasly who will have a right to be annoyed with Magnussen is Valtteri Bottas: the debris that caused his race-ending puncture apparently came from that incident… 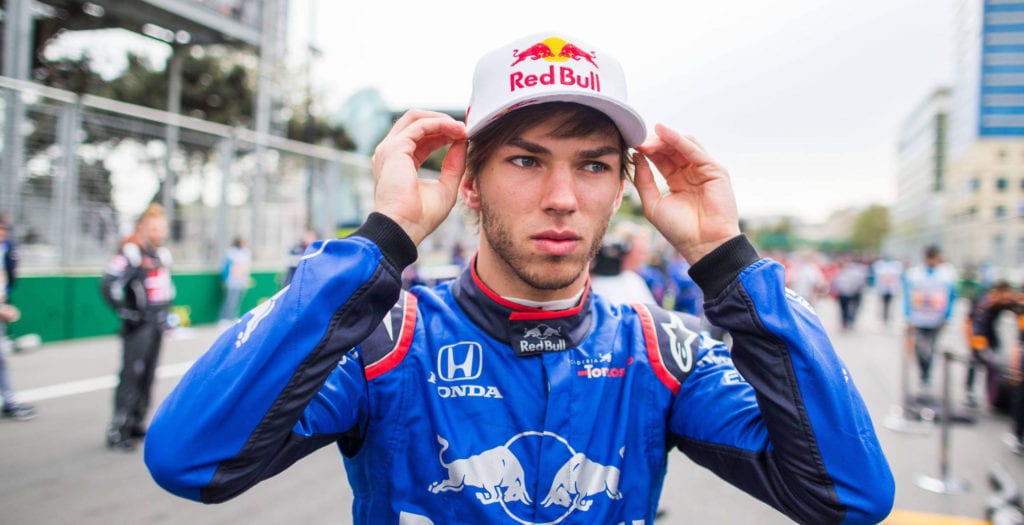