Gasly Loses His Points Finish Following His Clash With Perez

Pierre Gasly wasn’t expecting points this weekend after it emerged that the Toro Rosso-Honda was surprisingly slow on the straights.

However, the British Grand Prix ended up being an attritional affair, and the promising Frenchman kept his nose clean to eventually finish in 10th place on the road after a meaty battle with Sergio Perez in the latter stages.

It was a bit of clumsy move that got him ahead, though, and it warranted a five-second penalty that drops him down to 13th behind Stoffel Vandoorne and Lance Stroll whilst promoting Perez back into 10th place.

The contact did hamper Checo’s approach to the final corners of the lap, but Gasly considered it a racing incident in post-race chats, telling Autosport:

“It’s racing, that’s what I like about racing, when you have close fights. I don’t think it was a big deal, we touched a bit but we both stayed on track. For me it was a nice battle, I enjoyed it.

“I don’t think we should make a big deal [of it]. When I went for it, I wasn’t expecting to touch him, but just with the tyres, everything, we touched a bit, but honestly it was really small.”

That was what he said before the penalty – afterwards he wasn’t quite so chilled:

5sec penalty, ridiculous… Every weekends there are contacts with no further action, that’s part of racing & what makes it exciting! Was close battle, I enjoyed it. Just let us race and stop all this bullshit with penalties! Will keep fighting.

The points finish would have been Gasly’s third in his first full season. He has generally been impressive and Toro Rosso’s go to for Q3 contention and points hauling so far. This isn’t the worst thing to happen during a weekend in which the team was expecting nothing, but in a very tight midfield fight, every point matters. 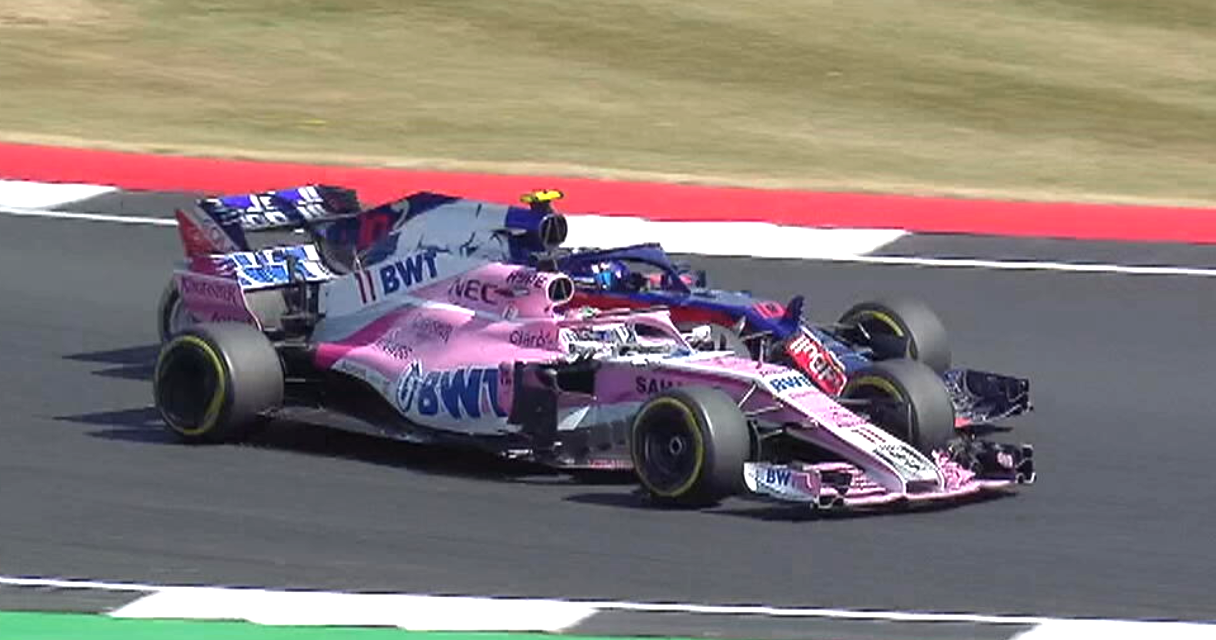