Gasly Reflects On The ‘F**king Mess’ At The Start Of The Hungarian GP – WTF1
Skip to content
×
Formula 1 , News
2 comments

Pierre Gasly knows how to benefit from chaos. His first podium in 2019 came from driving perfectly around late-race Safety Cars in Brazil, then Monza last year, where he took the win after a manic race. Hungary looked to be another wild one, but Gasly failed to make the most of it.

Gasly qualified fifth and seemed in an excellent place to benefit from any dramas that might unfold in front. However, he actually got caught up in that chaos and was out of the fight for the win early on. He came home in sixth place, which became fifth when Sebastian Vettel was disqualified.

“I don’t know if we can call it a great day or missed opportunity,” he said on F1’s post-race show. “I think I will say it’s a good recovery. It’s just frustrating when you know that on such a track, you’ve got to qualify at the front. It’s what we achieved yesterday, P5, probably overachieved, thinking, ok, it’s going to put us in a great position.”

Pierre didn’t even get the chance to turn in at Turn 1. He saw an out of control Bottas collect Norris and the Red Bulls ahead, and he just went straight on to dodge them all. It was all he could do, and he managed to just about not get tagged by anyone around him. He was stone dead last before those with damage pitted.

“We were at the first corner on the outside, with Sergio, Max and all this fucking mess, honestly. I can’t believe it. From P5 to P-last after one lap.

“We had a great recovery, the car was very strong, and we showed it. Unfortunately, we lost a lot of points in the constructors’ championship and looking at the podium today, we obviously think that potentially we could have been up there fighting for the podium. We were a bit unlucky.”

After Vettel’s disqualification, Gasly ended up finishing the race in P5. 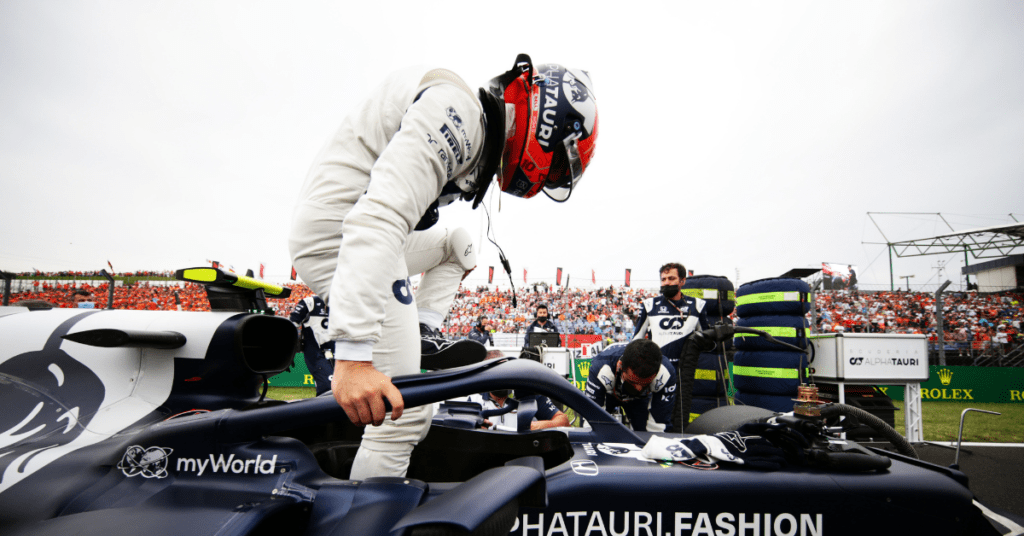