Gasly Ripped His Race Suit Trying To Enter His Car With The Halo – WTF1
Skip to content
×
Formula 1 , News

The halo might be safer for the driver, but makes climbing in and out of the car a hazard for fabric as Pierre Gasly learned after ripping his racesuit. The Toro Rosso driver feels that the device is necessary, but doesn’t like how awkward it is to climb in and out of the 2018 car.

“I don’t like it. It’s just a big mess to get in the car and get out. I think my suit is already broken, so we’ll have to ask for many suits from Alpine Stars this year.

Already, it’s the first day, and I have many holes on the back. You need to be a lot backwards to slide in the car. It’s actually quite weird. Now with all the winglets you have on the Halo, you cannot really pull to get out and touch it. It’s quite weird conditions, but it’s nothing really important. I just prefer the old cars.”

The snowfall at the Catalunya circuit prevented testing in the morning session of the third day. The conditions are far from ideal in gathering performance data, let alone keeping warm in a ripped up racesuit.

The green light was switched on once the snow stopped and the medical helicopter could fly for the afternoon session, but it took an hour before Alonso ventured out on the wets. It looks like there won’t be any significant running today, making Pierre Gasly’s 82 laps on the second day of the test more significant for the Frenchman who will compete in his first full season of F1.

Speaking about his first runs in the STR13, Gasly said,

“This afternoon was the first time I drove a Formula 1 car in “snow conditions”, so it was quite epic! In terms of work, we got some good laps and more understanding about the car and the engine. We had some interesting tests, so overall I’m happy about today.

The first feeling is positive, I felt comfortable with the car – It’s consistent from one corner to another, between the low speed, medium speed and high speed. I still have a lot of work to do and I think we have some good directions overall. We didn’t do any qualifying runs or pushing laps, as our aim was more completing many laps and this is what we achieved, even if we changed the run plan because of the weather. This morning we started really late but I think overall we maximised the time we had on track and we did the best we could do with the conditions.”

Teams couldn’t come to an agreement when it came to extending this week’s test due to poor weather. Add this to the amount of time it can take for a driver to steady lower themselves into the cockpit without tearing their racesuit.

It looks like a lack of testing in week one will lend greater significance to the second Barcelona test next week, when conditions are expected to improve. 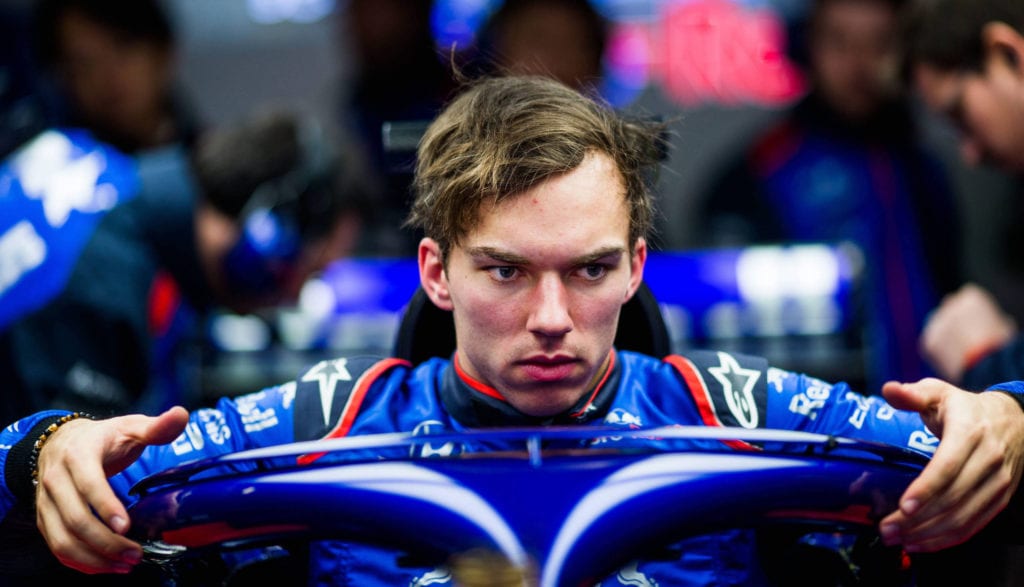