Pierre Gasly will be embarking on his first full F1 campaign in 2018 with the Honda-powered Toro Rosso team and has reflected on his own journey through the ranks. He recognises that by achieving his F1 race seat without a manager or a crap-tonne of cash, his rise is in the minority and should provide a source of inspiration for other up-and-coming drivers ready to battle it out in lower formulae.

“In the end, we all know it’s not always about performance. You need to have strong back-up. I didn’t have any manager, so I was in a way alone, fighting against all the big sharks in this paddock and trying to make my place. And I’m really happy I managed to do it without any manager and without paying for my seat.

“Because now it’s pretty tough to make it, it is also good for the young drivers [to see] it is still possible, you can make it. It is not all about money. It is possible to do it without.”

Gasly’s journey through the ranks is refreshing, even if his claims aren’t completely accurate.

Gasly, like many drivers with a raw talent in a race car, was picked up by the Red Bull Junior Programme after winning the Formula Renault Eurocup in 2013. Schemes like the Red Bull programme and its Mercedes/Ferrari counterparts pretty much cover all the costs of a race season, meaning that in the championships that followed such as Formula Renault 3.5 and GP2 Gasly didn’t need to find money or a good seat, because Red Bull was helping to sort it all out for him.

These incentives that teams such as Red Bull Racing bring to the racing scene are excellent in some cases. As Gasly points out, they create an environment in which on-track talent outweighs a heavy wallet, but these schemes also lead to a monopoly on said talent, where drivers may later find that they are essentially owned by the teams that gave them a chance.

This was touched on last season in Formula 1 when speculation surrounding Carlos Sainz’s future was brought into the spotlight, as Red Bull’s Helmut Marko basically said that they owned Sainz, having funded much of his lower-formula career.

Gasly has an excellent opportunity to make the next step on the ladder and his objective in 2018 will surely be an attempt to establish himself as a Formula 1 driver. But the nature of the beast that has subsidised his career so far is also an efficient conveyor belt, constantly looking for the next Daniel Ricciardo or Max Verstappen, and if you don’t cut it, they cut you. Just ask Daniil Kvyat, who these days is “just a human”. 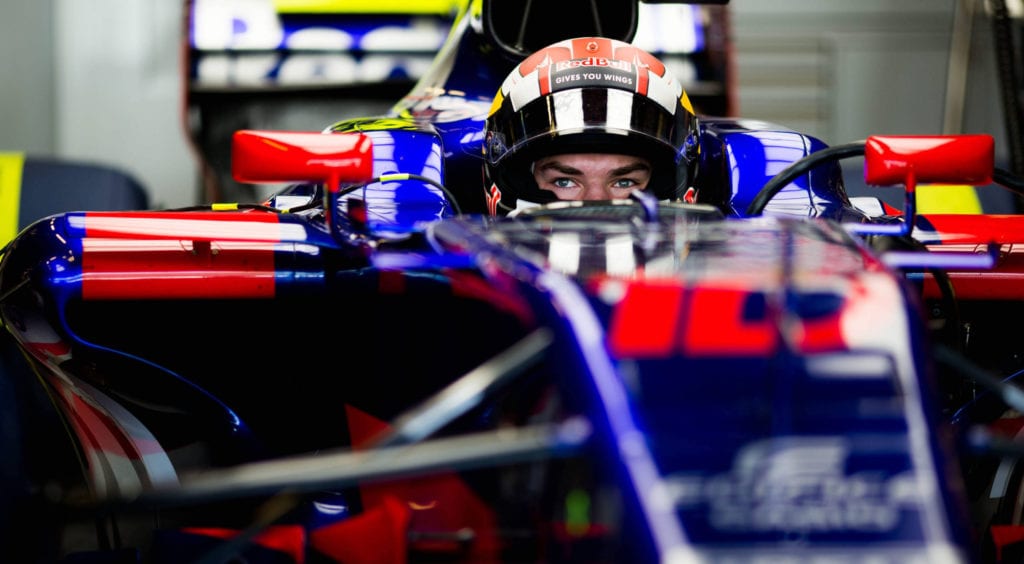