Gasly Spent Much Of His F1 Debut Without His Water Bottle – WTF1
Skip to content
×
Formula 1 , News

Gasly Spent Much Of His F1 Debut Without His Water Bottle

Making your debut mid-season is normally tough enough but Pierre Gasly had it even tougher for his first Formula 1 race.

The Frenchman subbed in for Daniil Kvyat during the Malaysian Grand Prix and had a more than respectable debut, qualifying just behind his Toro Rosso teammate Carlos Sainz and finishing 14th in the race.

Perhaps most impressive though is that it turns out Gasly was left unable to drink from his water bottle for most of the race. Not what you want in the hottest race of the year.

“After 20 laps I wanted to drink and there was water coming on my neck but not in my mouth so I was like ‘OK, race is gonna be long,’” said the Toro Rosso driver.

“I was thirsty so with the adrenaline I just kept pushing until the last lap but I’m really happy about it of course because Malaysia is tough, one of the toughest of the season and the first one for me so always a bit more difficult than when you have the experience and I managed to go to the end pushing flat out so it was a positive first race.”

And if that wasn’t bad enough, he was moving around in his seat which gave him back pain.

“I think with the seat fitting we will do another one in Suzuka because it was moving a lot and that’s not an especially nice feeling, all race as well. Inside the seat, moving a lot is not ideal for my back and my lower back is quite painful, so we have planned to do a new one for next weekend.” 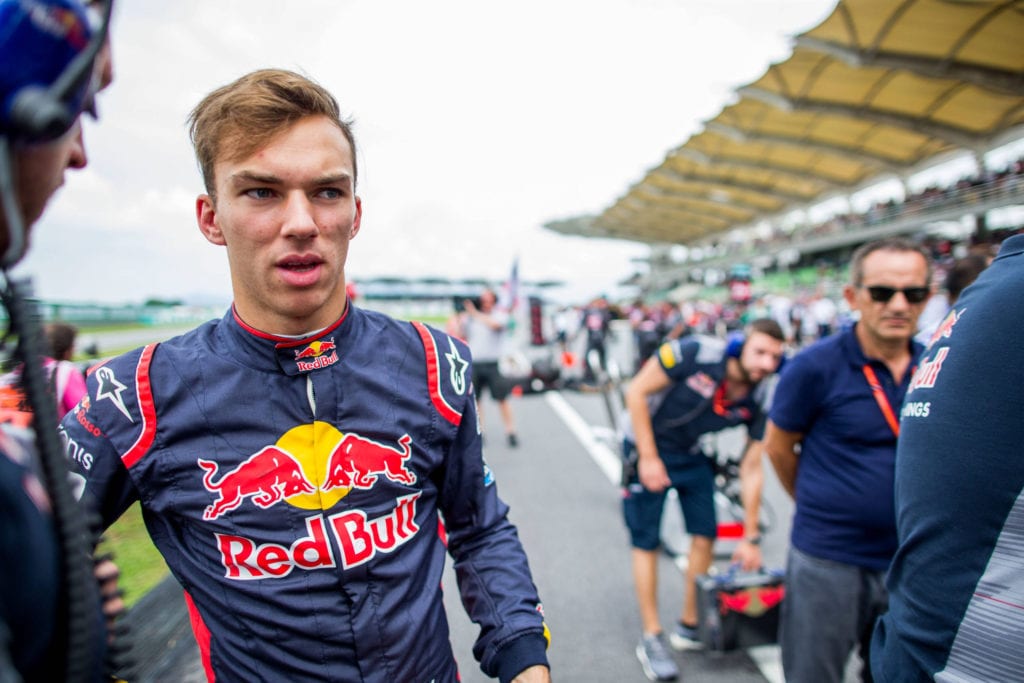