Pierre Gasly has announced that he will be auctioning off his special Ayrton Senna tribute helmet as well as selling off smaller replica models, to raise funds for the Senna Foundation. The stunning helmet design, which was heavily influenced by the helmet Senna wore during his career, was worn at the Emilia Romagna Grand Prix.

Ayrton Senna was a hero for many drivers on the grid – both young and old.

He tragically lost his life in 1994 at the San Marino Grand Prix, hosted at the Imola circuit. With F1 returning to the track in 2020, Gasly wanted to pay tribute to the three-time World Champion by wearing a special helmet that replicated the yellow helmet Senna wore throughout his career.

Proudly using the yellow, green and blue of the Brazilian flag, Senna’s helmet is one that’s instantly recognisable among motorsport fans whatever their age.

Sharing the news with his fans on social media, Gasly proudly confirmed he had partnered with ‘Senna Brands’ to raise funds for the Senna Foundation.

“To raise further money for the foundation, we have also produced some 1:2 scale mini helmets.”

“Part of the profits of the helmet sales will go to the Senna Foundation.

“I’m happy to contribute to this great cause which supports the education of millions of children and young people in Brazil, and I hope you guys will join too.”

The creation of the Senna Foundation occurred as before Senna left for the European F1 rounds in 1994, after he had chatted with his sister and suggested he wanted to do something for Brazil to help the street children. After his passing in May that year, his sister created the charity in his name.

Gasly becomes yet another driver to auction off one of his race helmets after both McLaren drivers and Sebastian Vettel did the same last year.

For more information on the mini helmets and the auction of his race helmet, check out Pierre’s official website. 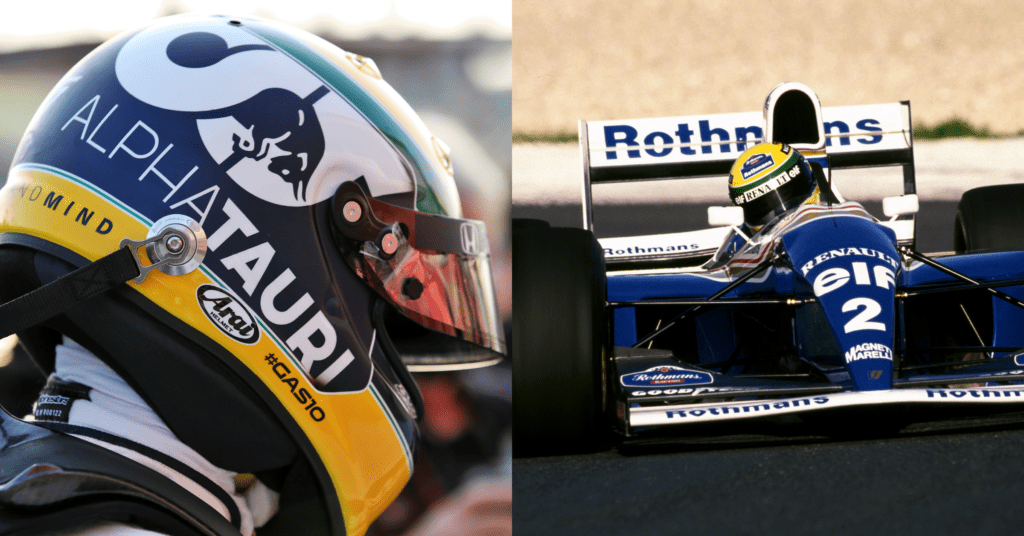