Watch George Russell Scare His Performance Coach At The Nordschleife

George Russell got to enjoy a drive around the Nordschleife during the Eifel Grand Prix… his performance engineer wasn’t quite as happy though.

The Nordschleife is known for being one of the most challenging and dangerous race tracks in the world. Its twisty route takes you through the forests at incredible speeds, hence the nickname of ‘The Green Hell’, and includes intense inclines, high gradients and tight corners.

Naturally, Williams thought they’d send out George Russell to have a go around the track with his performance coach Aleix Casanovas as a passenger. The clouds were dark, it was raining and they were driving a Mercedes AMG GT R. What could possibly go wrong?

What follows is a hysterical video that includes George scaring the crap out of his performance coach, oh and lots of swearing. 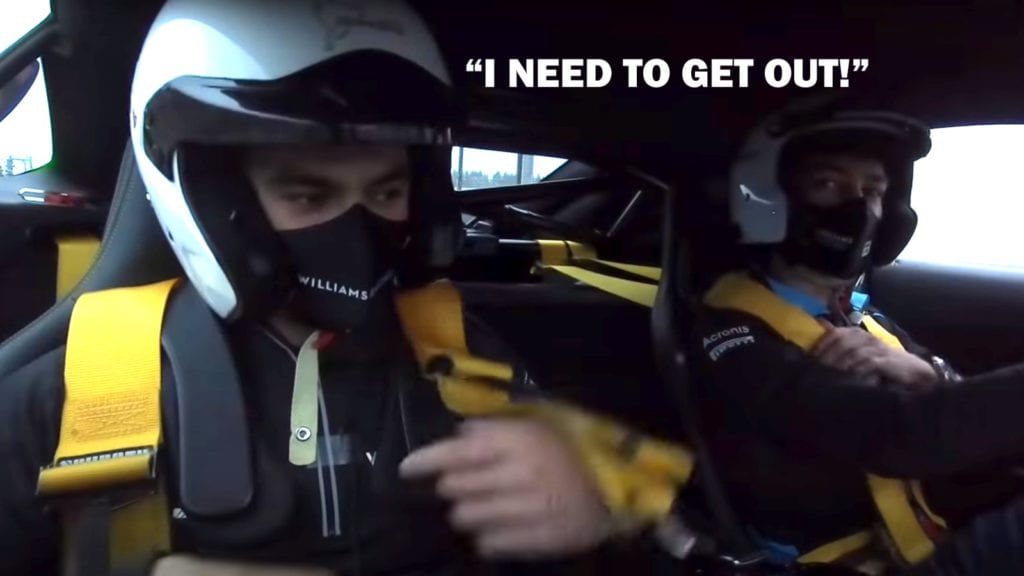