George Russell Tried To Get An F1 Drive This Year By Using PowerPoint – WTF1
Skip to content
×
Formula 1 , Fun , News

What would you do to try and get an F1 seat? Get on your knees and beg? Walk barefoot across a field of broken glass? Volunteer to watch the 2005 US GP in its entirety? George Russell, GP3 champion and probable F2 champion, secured a Williams seat for 2019 by being a bloody good driver, but he it turns out he tried hard to find a spot on the 2018 grid, too – by giving the team a PowerPoint presentation.

“The thing about George is for a young guy he’s very confident. He takes the initiative to try and shape his future and I think that’s one of the reasons he’s got to where he has. As an example, last year he wanted to be in the running even to drive for 2018.

“He came to me a year ago with a PowerPoint presentation with why he was going to be our best driver. I’ve never received one of those before.”

You know someone is serious about their craft when they voluntarily offer to do a PowerPoint presentation! After all, for many, PowerPoint will offer up bad memories along the lines of standing at the front of a classroom in Year 9 geography, talking about how oxbow lakes are formed, and regretting the decision to add typewriter sound effects to every slide.

Russell explained why he went with the decision to make a presentation:

“I thought rather than sitting down and telling someone how good I am, it’s better to put it on paper and give the stats to back it up. It wasn’t just about my CV, I was trying to explain more about my character and what I felt I could bring to the team – just bits about myself, stats like first laps, winning and losing positions.

“Just [presenting] things from different angles, right there on paper, for them to look back on when I walked away from the meeting.”

Lowe felt that 2018 was “too early” for Russell to move to F1 and the seat instead went to Sergey Sirotkin. But off the back of an impressive F2 campaign, Williams has decided to sign Russell’s services for 2019 and he’ll join Lewis Hamilton and Lando Norris as the third British driver on the grid.

There are still three seats left to be announced for next year, so excuse me while I go and knock up a quick PowerPoint presentation of my own… 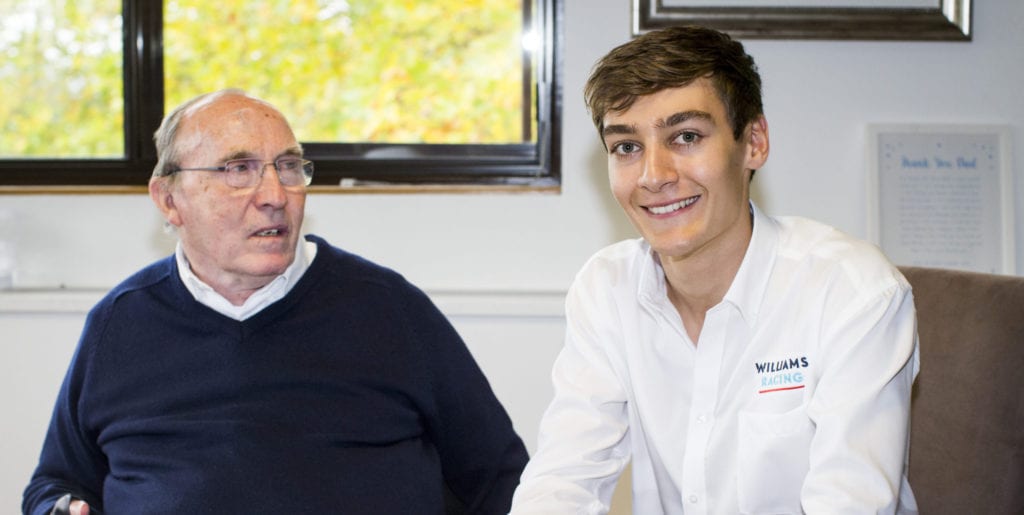