Gerhard Berger Believes Hamilton Is The Only Driver Who Compares To Senna – WTF1
Skip to content
×
Formula 1 , News

Berger had previously said that no one had reached Senna’s level in his eyes – not even Niki Lauda, Alain Prost, Sebastian Vettel or Michael Schumacher. However, the Austrian now thinks that Hamilton has now rivalled the Brazilian’s stature. The Mercedes driver has long-surpassed Senna’s three world titles with his five, taken 31 more victories and – at the 2017 Azerbaijan Grand Prix – moved ahead of his pole position tally before quickly dethroning previous record-holder Schumacher later that year.

Hamilton’s adoration of Senna is well-publicised. His helmet throughout his formative years in karting through to the start of his F1 career, the classic Top Gear feature, and his emotions when the Senna family presented him with one of Ayrton’s race-worn helmets from his Lotus days after equalling his pole position stat in Canada in 2017.

Berger, who drove alongside Senna at McLaren from 1990 to 1992, told Reuters:

“Everybody asks me ‘How do you see this driver against Ayrton?’ and I always, in all the years, say ‘I don’t see anybody near to Ayrton’. But Lewis is the first driver I put on the same level as Ayrton. I go more by feeling and watching, and for me – and there were great champions like Nelson [Piquet], like Niki [Lauda], like [Alain] Prost, like Michael [Schumacher] – there has always been one above: Ayrton. And now Lewis I see in the same league.”

When asked if Hamilton can continue to beat Schumacher’s long-standing records, Berger said that the 34-year-old stands a good chance – should he and his machinery stay at the level they are currently at. Hamilton needs another 17 victories and three world championships to better the Ferrari icon, but, at the Chinese Grand Prix two weeks’ ago, joined Schumacher as just the second man to lead over 4000 laps. The German still holds a convincing lead with 5111 laps led.

59-year-old Berger, who is currently chairman of the ITR – organisers of the DTM – did say that Schumacher’s 2013 skiing accident that left him with life-changing injuries makes the potential of Hamilton surpassing his records a slightly sour topic on a human level.

“The comparison? I see still Ayrton winning the game because in the end Ayrton was such a charming guy and a personality. And obviously if someone loses his life and stays with us in the way of a legend, it’s always something special,. But I try to see it from a performance point and from a performance point, Lewis is going from one pole position to the next one and Lewis is going from one race win to the next one. Just like Ayrton did.

“It looks like he’s just running the game in such a good way that he’s unbeatable at the moment. Yes he’s in the best car and [has the] best engine, but he also is the best. By far the best man at the moment. I would like to protect Michael’s success because [his accident was] such a tragedy, it’s so sad to see these things.

“But when you put this all out for a moment, then Lewis Hamilton is a very special driver in all the time I watched and have been in Formula 1.”

High praise indeed from a man who has raced against, and managed, several Formula 1 greats. But do you agree with Berger’s words? Let us know your thoughts. 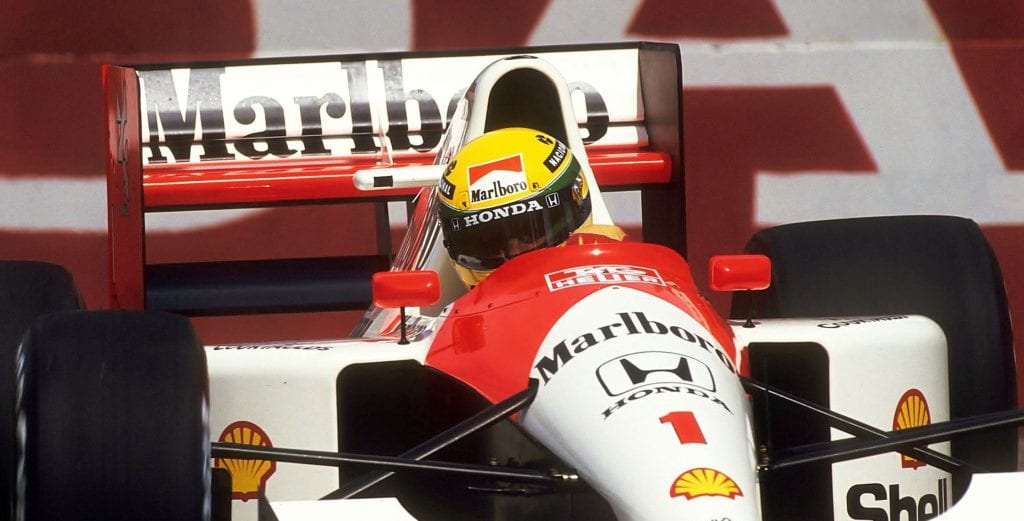