Get Hyped Up For The New F1 Season With These Classic TV Intros – WTF1
Skip to content
×
Formula 1 , Retro

The excitement of a new F1 season builds slowly over the winter, but it’s when the opening credits to the TV broadcast start up for the first race of the year that you really start to get hyped. Here are some of the coolest intros from throughout the years.

The Fleetwood Mac song (or more accurately, its bassline) has basically become the unofficial music of Formula 1. It’s an absolute classic which is still used today (albeit on Channel 4’s broadcast) but it was back in the 80s and 90s when it probably had the biggest impact. Also once The Chain had finished, Murray Walker’s voice started, and that’s just the best combination of all.

When ITV had the British coverage between 1997 and 2007 they tried loads of different intros, but none of them really stuck.

One of them should have though, because from 2000-2002 they used Apollo 440’s ‘Blackbeat’ and it’s absolutely awesome. The music ramps up perfectly and there’s all sorts of flashing lights and fast editing. Even if you didn’t know what it was the intro for you’d be excited, and that’s kinda the point.

Dutch channel RTL 7 came up with this awesome sequence in 2010. Unlike many other intros however it actually shows footage from the current season, which coupled to the dramatic music and team radio snippets makes for a great start to a broadcast.

Although it was the turn of the century Australian broadcasters Channel 9 were still clinging to some of those sweet 90s guitar licks. The whole thing is a complete sensory overload as they list most of the teams, drivers and circuits whilst showing plenty of crashes, and there’s even some commentary from Murray Walker and Martin Brundle thrown in as well.

Then the intro comes to an abrupt end as the title zooms onto the screen while some kind of fire is going on in the background – and it all happens in only 30 seconds. Totally rad!

Throughout the 80s and 90s the Japanese intro was amazing, simply amazing. Classic cars, legendary drivers and revving engines, all backed up by the awesome sound of “Truth” by T-Square. Then at the end there’s that classic arcade game voice. It’s all just so good.

If, like me, you grew up in the 90s watching F1 and playing F1 games then theres just something so nostalgic about this whole intro, even though I’d never even seen it until YouTube was a thing.

Yes, it’s Japan again and yes, it’s the same broadcaster, but this is too damn nuts not to include. Why would the intro to a 21st century F1 programme feature a computerised voice and 80s-style cartoon characters of some of the drivers? Nope, no idea either, but I’m glad it does because although it’s seriously weird, it’s also incredibly cool. Thank you, Japan. Thank you.

Of course, it’s not just the TV intros that’ll get you pumped for F1. Once you’ve watched all the pre-show, things switch over to the world feed which is usually indicated with a short FIA animation. That means the start of the race is only minutes away and you can really start to get excited.

At the moment we have this…

…which is a slightly evolved version of this:

But the best one came before all of that, with this totally rocking guitar intro.

In the 80s and early 90s the BBC used a piece of music from the film The Neverending Story to overlay the starting grid. Then Murray Walker reels off drivers to synth-heavy music whilst the grid forms up. It sounds so good that it should be released as a charity single.

Have we missed off your favourite intro? If so let us know in the comments and help spread the excitement of a new F1 season! 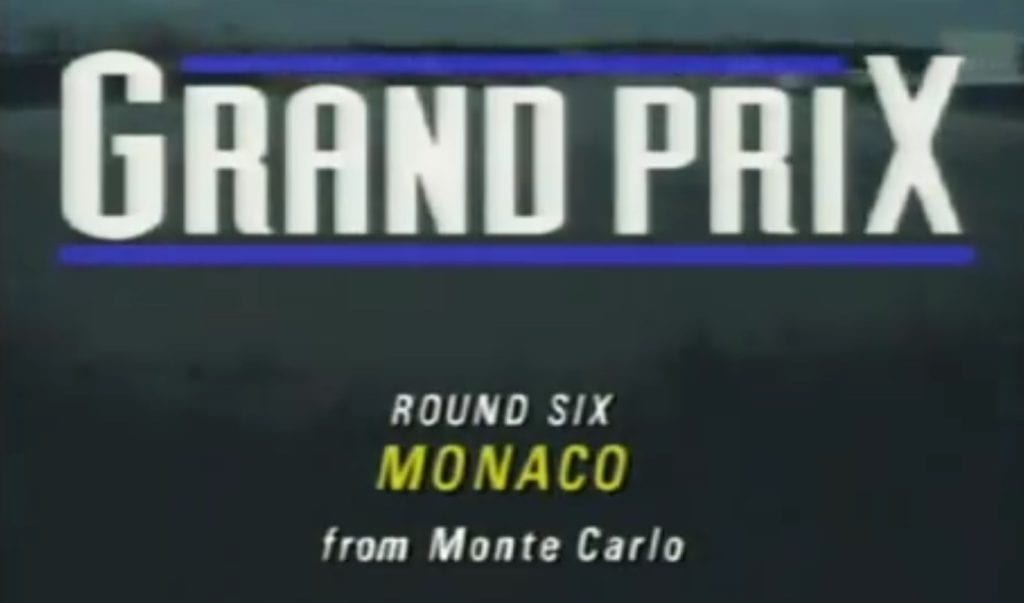