Giovinazzi Calls Out Mazepin’s Lack Of Respect After Quali Incident

Antonio Giovinazzi has been pretty vocal about the lack of respect Haas’ Nikita Mazepin showed him on track during the end Q1 during today’s Imola qualifying. Giovinazzi qualified in 17th, just behind his teammate, however had some strong words about Mazepin’s overtake on him during a hot lap.

“It’s quite clear, we respect each other when we’re starting the lap, and he didn’t respect,” Gio told F1 after the crazy Imola qualifying session.

“This is really not correct for a qualifying lap and I didn’t make my last lap, so difficult to say.”

When asked if he had spoken to Nikita in person about the on-track incident, Giovinazzi said he had not.

Nikita, who has already been in trouble for breaking the ‘Gentleman’s agreement’ in Bahrain last month, explained how in “F1 it’s a bit difficult” when setting qualifying laps.

“There’s 20 cars out in segment one which is where we are, everyone’s just going out at the same time and the track’s just not big enough for all of us.

“You know, we had this chat with you about the gentlemen’s agreement,” Mazepin said to F1 post-quali.

“Obviously, I didn’t have a problem with that but when there is 3 seconds on the clock, it’s either you go or you have to box. You’ve got to cross the start/finish first. I don’t think there’s an issue with it.

Mazepin will start tomorrow’s race in 19th, with Giovinazzi just ahead in 17th.

What did you think of the Imola GP qualifying? 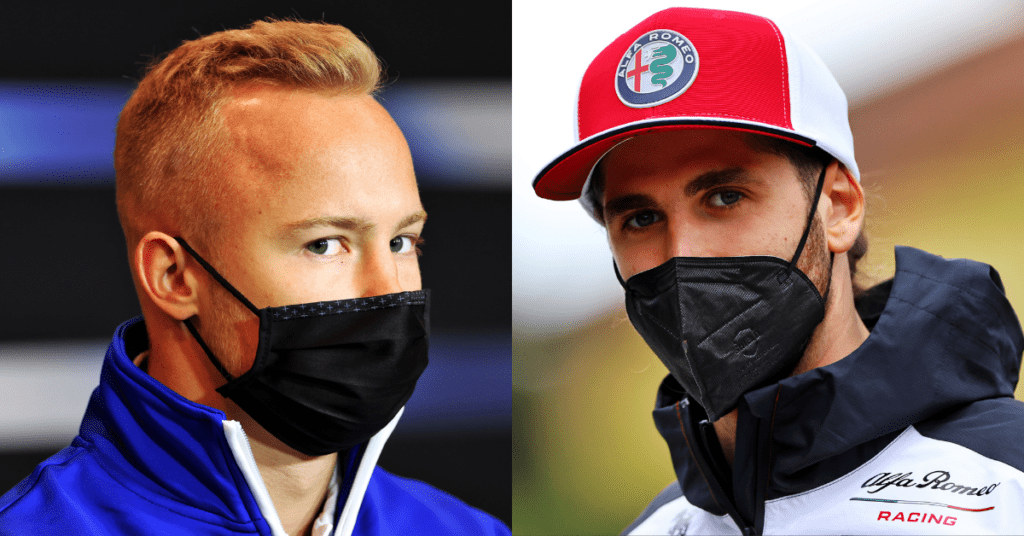