Giovinazzi Has Been Penalised For Driving Too Close To Marshals – WTF1
Skip to content
×
Formula 1 , News

Giovinazzi Has Been Penalised For Driving Too Close To Marshals

With the safety car deployed, the drivers had all been told to stay to the right of the track coming out of Turn 8 in order to allow the marshals and recovery vehicles enough room to safely retrieve the car.

However, it seems that Giovinazzi didn’t quite get the memo and ended up driving closer to the scene than he perhaps should have done – and he’s been duly penalised with a 10-second time penalty. The stewards’ statement said:

“While the stewards accepted the explanation of the driver that he felt he was going sufficiently slowly, and while he was driving to his SC delta time, he did however end up driving closer to the crane and marshals than was felt safe by either the marshals on location or the race director. The stewards concur.

“The driver had been told of the location of the incident and to stay right, but may not have considered that the crane was moving.

“The stewards consider this to be a potentially seriously dangerous situation and a risk to the marshals.”

Whoops! Luckily for Giovinazzi, the all the craziness behind him meant that by the end of the race he’d pulled almost 18 seconds on 11th-placed Romain Grosjean, meaning that with the penalty applied he remains in 10th place. Had he dropped any positions, it would have marked the third time in five races that Giovinazzi lost a points at the last minute; a technical issue saw the Alfa Romeos disqualified in Germany and he crashed out of eighth on the final lap at Spa.

It continues a reasonable run of form for the Italian at a time when his seat might well be under threat. Becoming the first non-Mercedes, Ferrari, or Red Bull driver to lead a lap in more that four years was a cool moment, but the way he recovered to the points after being left out on old tyres for too long and being hit by Daniel Ricciardo was an impressive result – with a slightly better strategy, he might well have had a chance of being best of the rest. 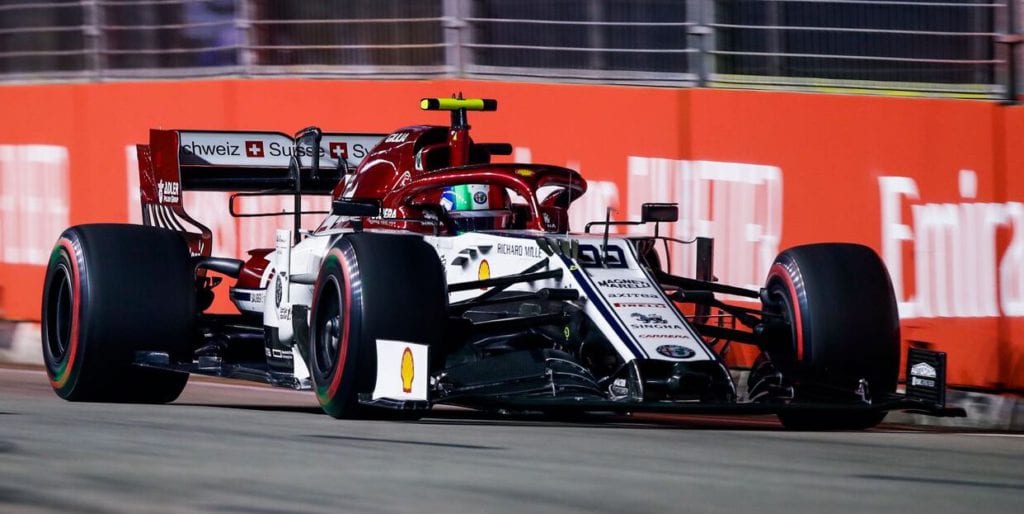